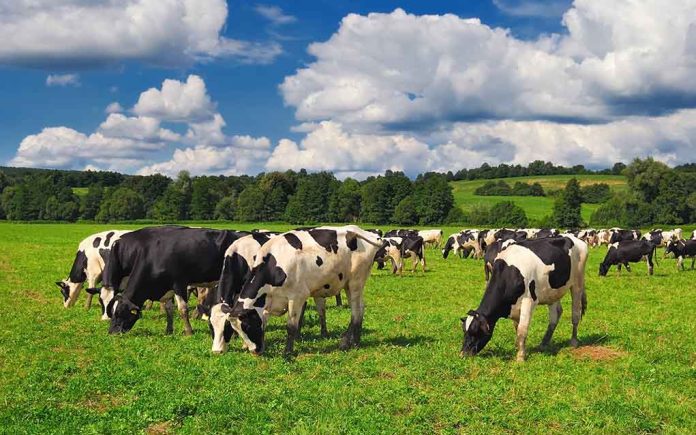 Thousands of Animals DEAD in a Disturbing New Trend

(UnitedVoice.com) – A heatwave has gripped the United States, with temperatures soaring into the triple digits and persistent drought in the west. Now the temperatures are causing problems for cattle farmers. And those issues could endanger the food supply.

According to a DTN The Progressive Farmer report, a heatwave in Kansas killed 10,000 head of fat cattle. The temperatures reached more than 100 degrees Fahrenheit with high humidity across the region. In Ulysses, the geographical center of the cattle deaths, thermometers reached 104 degrees with humidity of 18% to 35% by June 13. There was no wind to help cool the animals in feedlots.

A video circulating online shows hundreds of dead cattle lined up on the edge of a lot in Kansas.

Matt Lara, the Kansas Department of Health and Environment’s communications director, told NPR the agency was aware of at least 2,000 cattle deaths. He noted that the weather conditions are making it challenging to stay cool.

Thousands of cattle in feedlots in southwestern Kansas have died of heat stress due to soaring temperatures, high humidity and little wind, industry officials said. As of Thursday at least 2,000 heat-related deaths had been reported to state officials. https://t.co/rafNLdd1Jh

Feedlots fatten cattle until they reach a certain weight, then send the animals to slaughter and sell the meat for food. Kansas is one of the leading cattle-producing states in America, and losses on this scale are devastating. Some feedlots are losing an estimated 100 to 500 head per day. Obtaining an exact count of the number of losses has been difficult.

According to Drovers.com, a website that tracks the beef market, Mark Gold of StoneX Group said the deaths would definitely impact beef supplies in the US.

It’s unclear exactly how much the deaths will hurt Americans at the grocery store.