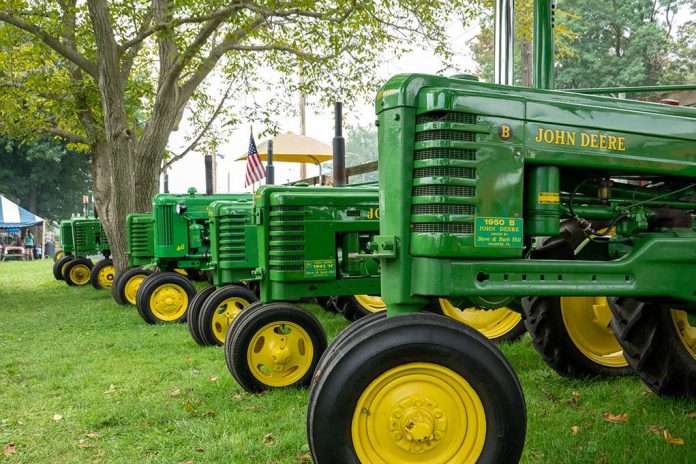 (UnitedVoice.com) – The US is currently in the midst of a labor shortage. It’s possible the shortage could get worse if companies don’t start meeting the demands of their striking employees. One of the businesses having trouble is John Deere.

On Thursday, October 14, more than 10,000 Deere & Co. workers went on strike. The United Auto Workers (UAW) union was negotiating with the company for higher wages and cheaper insurance, but when the two sides failed to reach an agreement, unionized workers walked off the job.

In a statement to the press, UAW John Deere members said the employees deserve to earn a good and decent living. UAW President Ray Curry said over a million union retirees and active members are standing with the striking workers.

The John Deere workers aren’t the only ones on strike. More than 2,000 hospital workers in Buffalo, New York protested their pay, retirement and insurance benefits. Over 60,000 film and TV workers are expected to go on strike on October 18 if studios don’t meet their demands. That’s not all; 24,000 Kaiser Permanente health care workers recently authorized a strike. The list goes on. As employers struggle to fill positions within their companies, American workers are asking for more.

The walkout is the largest John Deere strike in three decades.