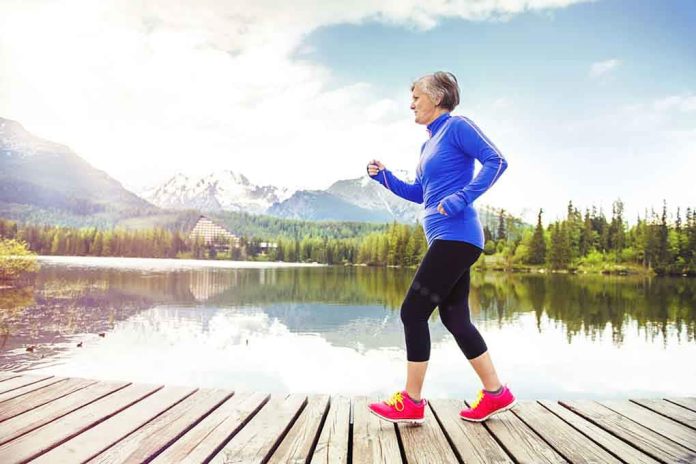 (UnitedVoice.com) – Julia Hawkins, a retired teacher from Louisiana, is 105 years old – but she’s not letting a tiny detail like that slow her down.

On November 7, Julia took part in the Louisiana Senior Games. Not only did she open up a new category for athletes aged 105+, she set a new world record, too. Taking part in the first-ever women’s 100-meter dash, she finished in 1:02:95 – a fraction under 63 seconds – earning her a place in the record book.

“This is just a drop in the bucket”: At 105 years old, Julia Hawkins became the first woman and first American in her age group to run 100 meters.

But she says it doesn't compare to the many wonderful things in her life, like her 70-year-long marriage to her husband, Murray. pic.twitter.com/Z18rWKEm5Y

In fact, Julia isn’t a stranger to winning records. She was a keen cyclist all her life but finally lost interest because nobody else her age wanted to race her. When she turned 100, she decided it was time to try something new, and took up running. A year later, in 2017, she set the women’s 100m record for the 100-104 age group – a record that stood until this September, when 100-year-old Diane Friedman of Cleveland, Ohio shaved three seconds off her time.

Now Julia is back at the top in her age group – and that isn’t the end of the road for her. “I want to keep running as long as I can,” she said. “My message to others is that you have to stay active if you want to be healthy and happy as you age.”