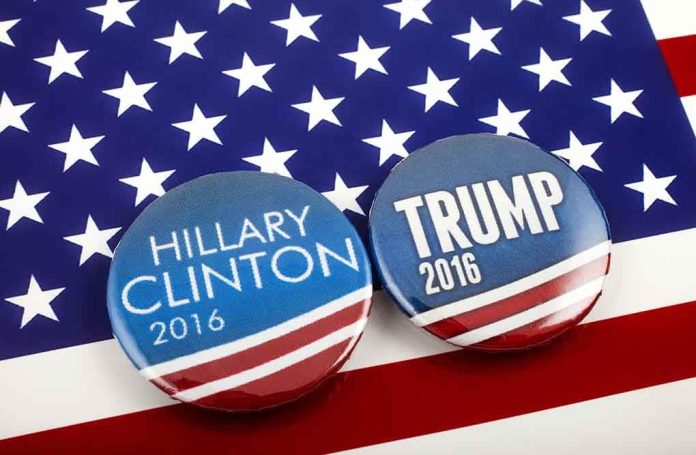 (UnitedVoice.com) – In the wake of the 2010 Citizens United ruling by the Supreme Court, the use of super PACs exploded. Money flooded America’s elections and it was often hidden by these PACs. The organizations were the perfect way for people to donate large sums of money without anyone knowing — they also create an opportunity for scammers like the three men who were recently indicted.

On November 10, the Department of Justice announced the indictments of three men who allegedly defrauded people out of $3.5 million in 2016 and 2017. Prosecutors accuse the men, Matthew Nelson Tunstall, Robert Reyes and Kyle George Davies, of running scam PACs that purported to support former President Donald Trump and failed 2016 presidential candidate Hillary Clinton. According to the DOJ, the men solicited donations to the Progressive Priorities PAC and Liberty Action Group PAC, claiming they were using the money to support candidates.

Prosecutors charged the three men with lying to the Federal Election Commission (FEC), multiple counts of wire fraud, and conspiracy to commit wire fraud. Tunstall and Reyes are also charged with money laundering. The DOJ alleges the two men laundered over $350,000 in illegal profits from the PAC scheme through a third-party vendor so they could spend the cash on themselves. Those two are facing up to 125 years in prison and Davies is facing 65 years.

The case is another reminder of the importance of always researching before donating. Voters can donate directly to a candidate’s campaign.