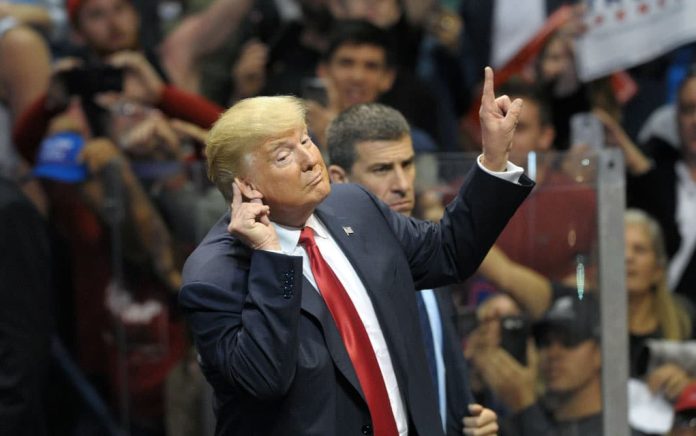 (UnitedVoice.com) – President Donald Trump isn’t just a great commander-in-chief, he’s funny too. His quick wit and cutting remarks have drawn millions of people to him. When the Democratic Party attacks him, he hits back twice as hard and he’s often hilarious when he does. Then there are times when he’s just silly to put a smile on people’s faces.

Let’s take a look at three of his funniest moments in 2020.

For years Trump has endured abuse from the Left and never lost his sense of humor. That might be one of his biggest accomplishments.