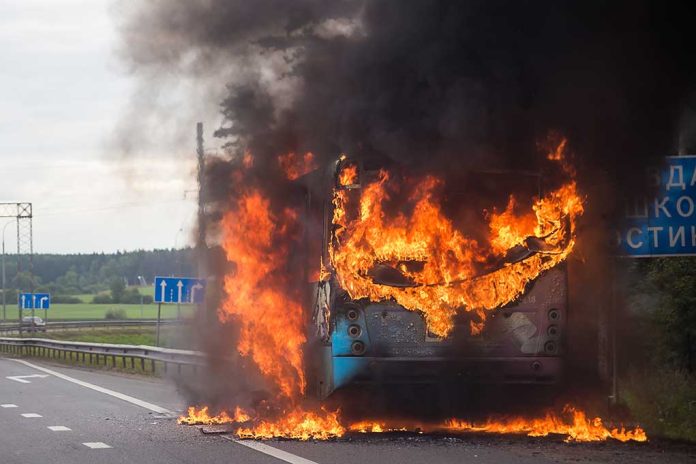 (UnitedVoice.com) – On Tuesday, March 15, New Mexico’s University of the Southwest men’s and women’s golf teams were headed back to campus after a tournament in Texas when disaster struck. Multiple families are now mourning the loss of their loved ones.

The bus carrying the students was traveling along a two-lane road in Andrews County when a 2007 Dodge 2500 pickup truck driven by 38-year-old Henrich Siemans crossed the center line and slammed into it. The accident resulted in a fire that killed nine people, including the coach, six students, the driver of the truck and a 13-year-old boy who was riding with Siemans.

At least 9 people confirmed dead in a head-on crash in West Texas including 7 traveling in a bus carrying the University of the Southwest golf teams.

The coach of both men/women teams is among those killed.

They were traveling from Hobbs, NM to play in Midland. @wfaa pic.twitter.com/FOUnGrvV9X

Coach James’ mother, June James, spoke to NBC 5 Dallas-Fort Worth and said her family didn’t know much about the accident. “This is kind of a shock,” James said. Her son coached both men and women at the private Christian college.

The Texas accident is among the worst crashes in North America involving athletes in years. In 2018, a crash in Canada carrying a junior hockey team left 16 dead. Four University of South Carolina students died in a crash in 2015. In 2007, five students from Ohio’s Bluffton University died after their bus plunged off an overpass in Atlanta.

The crash on Tuesday is being investigated by multiple agencies, including the National Transportation Safety Board.