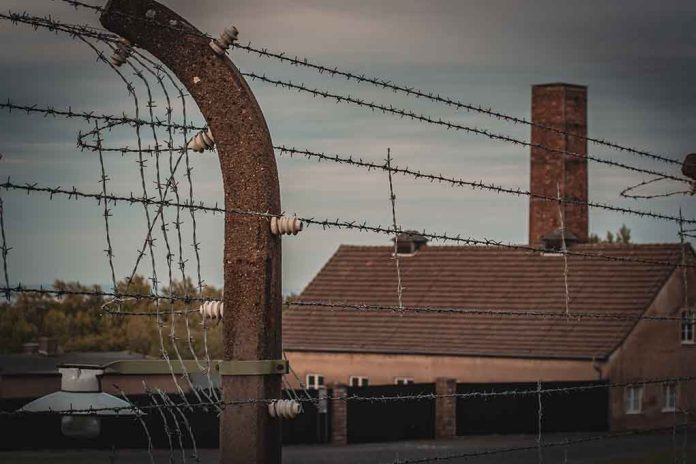 (UnitedVoice.com) – When Russian President Vladimir Putin began bombing Ukraine, he claimed he wanted to rid the country of Nazis. Ironically, his forces are now being blamed for killing a man who survived actual Nazis during Adolf Hitler’s reign of terror.

According to the organization, which preserves sites where Nazis committed war crimes, the 96-year-old died when Russians bombed the building where he was living in the city of Kharkiv. The victim’s death was especially hard to swallow considering all he’d survived in life. In 1942, the Germans forced Romanchenko to work for them. He spent time in four concentration camps: Peenemünde, Buchenwald, Dora and Bergen-Belsen. His granddaughter also confirmed his death.

Romanchenko worked tirelessly to preserve the history of what happened during the Holocaust, even serving as vice president of the Buchenwald-Dora International Committee. In 2015, he traveled to the Buchenwald camp memorial site to celebrate the 70th anniversary of the camp’s liberation.