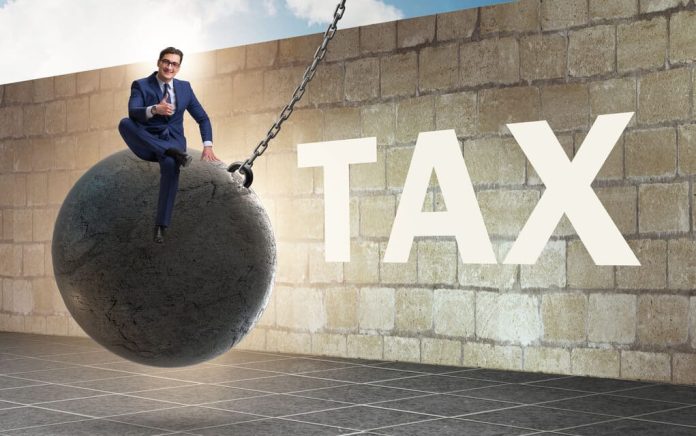 (UnitedVoice.com) – Has the Democratic Party been lying to the American people? For years they’ve said the wealthy must pay their fair share. It sounds great if you’re not the one targeted by politicians or IRS targets. Has anyone stopped to ask what is fair? According to the IRS, the top 1% pay 40% of all US taxes. The top 2% to 5% pay 20% of taxes collected. Those who make $87,000 to $152,000 pay 11% of the bill to Uncle Sam. So, who’s paying most of the taxes?

It’s a fair question because the other side of the equation is, how much is the government spending in actual cash as the federal deficit explodes to around $30 trillion? If Democrats get their way, an additional $5 trillion in new spending could occur this year alone and help pile on to the debt and inflation crisis underway. Of course, President Biden and House Speaker Nancy Pelosi (D-CA) claim Congress isn’t paying for the $1.75 trillion semi-socialist plan with a single cent of debt. Unfortunately for Democrats, one caucus member says the middle class needs to chip in and help pay despite all the assurances their money isn’t required.

Rep. Conor Lamb (D-PA) is facing a difficult re-election in 2022. Instead of running in a district likely to be redistricted more favorably to Republicans, he recently decided to throw his hat into the ring for US Senate. Longtime Pennsylvania Republican Sen. Pat Toomey (R-PA) announced his retirement earlier this year.

On October 27, Lamb participated in a virtual campaign meet-and-greet with northwestern Pennsylvanians. Some wonder if Lamb was speaking candidly off-script and if he just hurt his or other Democrats’ chances of winning in 2022. His faux pas was a serious break from orthodox Democratic narratives that the party will always attack the rich and protect the middle and lower classes.

Lamb acknowledged the government could not afford the Democrat’s $1.75 trillion semi-socialist plan unless the middle-class chips in through increased taxes instead of relying on tax increases on the rich. If Democrats want to propose massive spending bills and new government programs, he added, they must have the confidence to ask the middle class to contribute to it.

As the 2022 midterm elections approach quickly, look for Republicans to seize on Lamb’s message in Pennsylvania and across the country. As think tanks start tearing apart Democratic proposals, they could find numerous instances where the middle class could pay various taxes, surcharges, or fees to pay for the bill. They are also likely to find accounting gimmicks stripping middle-class pocketbooks bare.

Also, don’t discount inflation’s message. It lowers the cost of people’s incomes through increases in prices. At the same time, it also increases the flow of cash to the Treasury Department, resulting in a hidden tax on all Americans. It’s a double whammy against middle-class workers.

Lamb’s comment could become a significant issue for vulnerable Moderate Democrats in the 2022 midterms. If nothing else, Lamb might have exposed what many Democrats secretly think but dare not publicly express.