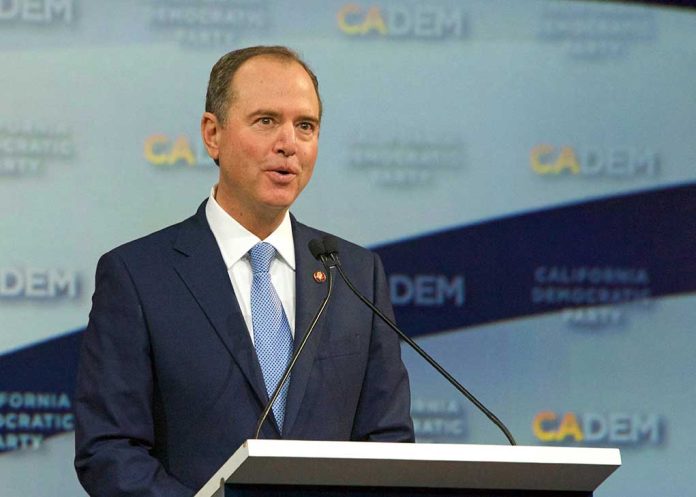 (UnitedVoice.com) – Senator Dianne Feinstein (D-CA) is up for re-election in 2024. The 89-year-old lawmaker hasn’t said whether she plans to seek another term in office, but if she does, she’d be well into her 90s. That’s left some Democrats vying for her seat, and Rep. Adam Schiff (D-CA) is one of them.

During a November interview with NBC 4 Los Angeles, Schiff told anchor Conan Nolan he’s thinking about running for Senate. He said he considered running for a House leadership position, but his colleagues persuaded him to consider the Senate seat “if Senator Feinstein decides not to run for reelection in two years.”

Schiff recently reiterated he’s interested in the position during an interview on NBC Los Angeles’ “The Issue Is” show with Elex Michaelson. The host pointed out it’s “widely expected” Feinstein will resign at the end of her current term. He went on to ask the congressman if there were any reasons he would decide not to run for her seat.

"Yes, it is something I am giving serious consideration to…"@RepAdamSchiff talks a potential Senate run in 2024.

He says he is getting encouragement to run from people in CA and Congress, but is waiting to see what @SenFeinstein does.@Elex_Michaelson hosts @TheIssueIsShow pic.twitter.com/3UsDispJ0f

According to reports, some Congressional colleagues hold concerns about Feinstein’s cognitive ability. In 2020, The New Yorker’s Jane Meyer told “All Things Considered” the senator has been struggling with “short-term memory issues.” Her staff reportedly briefs her, but a short time later, she’s forgotten what they said. The senator has not released any information indicating she’s in serious mental decline.

Do you think it’s time for Feinstein to retire? If so, is Schiff the best person to replace her?