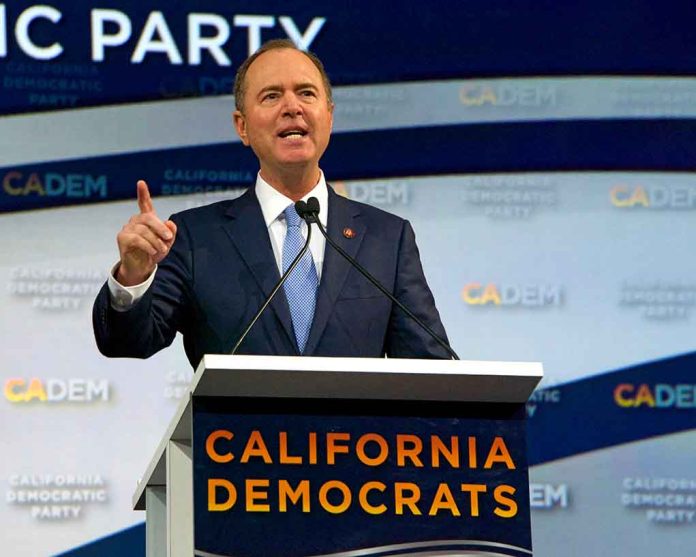 (UnitedVoice.com) – Before the Thanksgiving holiday, House Minority Leader Kevin McCarthy (R-CA) won his party’s vote to remain the leader of the GOP caucus next year. He will run to become Speaker of the House in the next session and is already making plans if he takes the gavel. However, one of the lawmakers the Republican has indicated he’ll target is striking back.

During a November 20 interview on Fox News’s “Sunday Morning Futures,” McCarthy told host Maria Bartiromo he plans to remove Rep. Adam Schiff (D-CA) from his position on the Intelligence Committee. The Republican claims the lawmaker lied to the public about the investigation into former President Donald Trump’s alleged connection to Russia.

On November 27, Schiff responded to the threat during an interview with CNN’s “State of the Union.” The Democratic lawmaker claims McCarthy’s issue with him is that he needs Rep. Marjorie Taylor Greene (R-GA) and others on his side to obtain the 218 votes required to become speaker. Schiff claimed that meant the conservative must “do whatever they ask,” and they want the Democrat removed from his committee seats.

Schiff went on to claim McCarthy “has no ideology. He has no core set of beliefs.” The Democrat added it would be challenging for the Republican to get 218 votes when governing that way and harder to keep the majority.

Do you support the removal of Schiff from the intelligence committee?