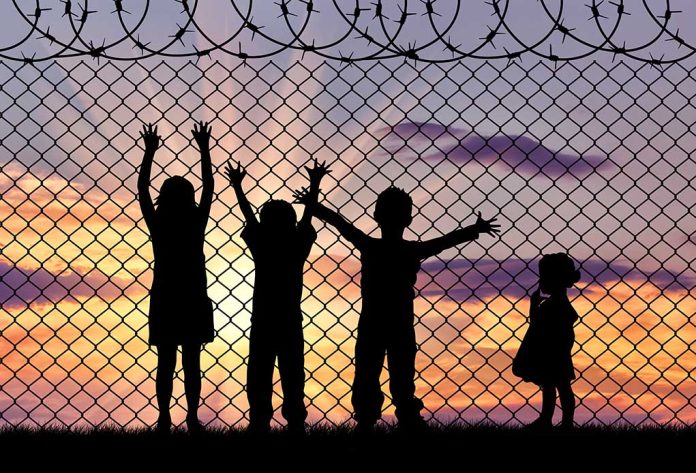 (UnitedVoice.com) – The situation in Afghanistan deteriorated further this week. Taliban fighters are now in charge of most of the country, including the capital city of Kabul — and Afghan mothers are taking desperate measures to save their children.

A video circulating online shows people passing babies through a crowd, in the hopes that soldiers will evacuate the infants.

People are passing infants to the front of the crowd outside of the Kabul airport in the hopes that they’ll be evacuated. pic.twitter.com/iyJdfTnhgC

Sky News, a UK media organization, interviewed British soldiers about the steps parents are taking to save their kids. One senior officer said the soldiers cried one night after seeing Afghan mothers throw their babies over razor wire.

“It was terrible, women throwing their babies…asking the soldiers to take them, some got caught in the wire,” the military officer said. He told the journalist that his soldiers are going to need therapy after what they witnessed at the airport.

When the Taliban controlled the country between 1996 and 2001, women and children were treated horribly.

In 2001, the State Department released a report about the horrifying conditions under Taliban rule. It told a story about a mother who was shot repeatedly for walking outside without a male escort. She’d been trying to get her child to a doctor when the terrorist gunned her and her child down. They survived because of helpful neighbors. During that period, hundreds of Afghan children died from preventable and treatable illnesses.

With the extremists back in charge, there’s no reason to think conditions will improve — is it any wonder why the mothers are so scared.