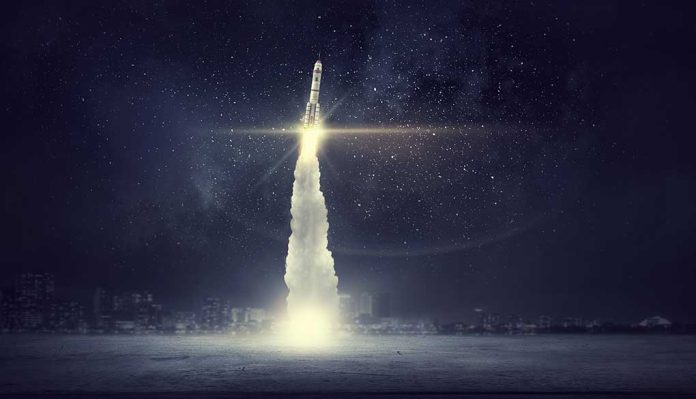 (UnitedVoice.com) – On April 2, the head of the Russian space agency, Dmitry Rogozin, announced his country was ending its cooperation with the US and European allies on the International Space Station (ISS). The decision proved the space station isn’t above politics. However, a Texas-based company didn’t let the drama stop them from launching into orbit on a SpaceX rocket.

On Friday, April 8, four astronauts with the Houston-based startup Axiom Space, were launched into orbit from NASA’s Kennedy Space Center in Florida. The crew was aboard a Falcon 9 rocket provided by SpaceX, Elon Musk’s company. The launch was originally supposed to take place on April 6, but Reuters reported an Axiom spokesperson said it was delayed to allow SpaceX more time to complete the pre-launch work. The astronauts will arrive at the ISS on Saturday at some point, becoming the first all-private team to land there.

Houston-based startup Axiom Space will launch a four-man civilian crew to the International Space Station, with the launch being hailed by the company, NASA and other industry players as a turning point in the latest expansion of commercial space ventures https://t.co/dNAwKd5ZFI pic.twitter.com/nhUVEyCo8X

The team is carrying supplies to conduct 26 science and technology experiments. The projects include research into cardiac stem cells, cancer, brain health, and others.

The team is being led by retired NASA astronaut Michael López-Alegría. The 63-year-old also serves as Axiom’s vice president of business development. He has previously been on three shuttle missions, including one to the ISS, and is known for walking in space 10 times. He spent 215 days aboard the ISS in 2006-2007.

Axiom Co-Founder Kam Ghaffarian told Reuters that the mission was the beginning of “commercializing low-Earth orbit.”