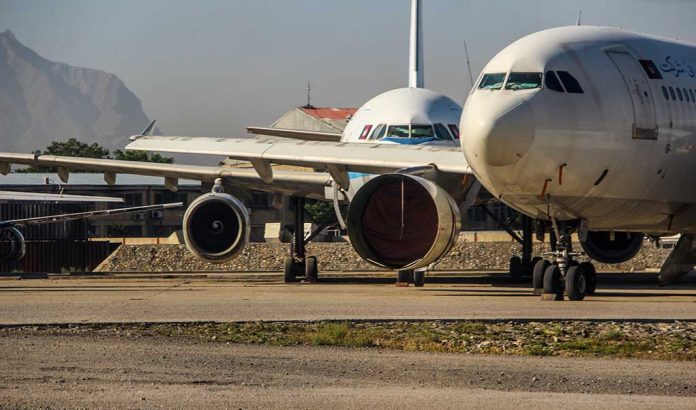 (UnitedVoice.com) – On May 15, the US Embassy in Afghanistan sent out a security alert advising all Americans to leave the country as soon as possible. There were still hundreds of citizens in the final weeks of the war, but President Joe Biden promised (repeatedly) he would not leave the country until they were all home. He broke that promise.

A defensive President Joe Biden called the U.S. airlift to extract more than 120,000 Americans, Afghans and other allies from Afghanistan an “extraordinary success,” though more than 100 Americans and thousands of others were left behind. https://t.co/2Pd5174n90

On August 30, after the final US military plane left the country, an American citizen going by the name Sara called into CNN’s “Cuomo Primetime” to express her fears. She told host Chris Cuomo that she didn’t know that was the final flight out. She said she worked as an interpreter with the US military and was trying to get others out of the country.

Sara said she’s now afraid the Taliban will come to her home and hurt her or the 37 people staying with her. Cuomo told her the US government has said it will continue to work to get the Americans out who are still there. However, she expressed doubt that would happen. “If Americans could not help me when they were on the ground, how will they help me now when no one is here?” she asked.

Reports on the number of Americans vary from 100 to 500. That’s in addition to the thousands of refugees still trapped in Afghanistan. New reports allege the Taliban is holding up chartered planes at the Kabul airport, not allowing them to leave with evacuees. A US official told NPR that the State Department has no way to verify the information about the flights.

How will the Biden administration get Americans out of the country if they can’t even provide information about what’s happening at the airport?