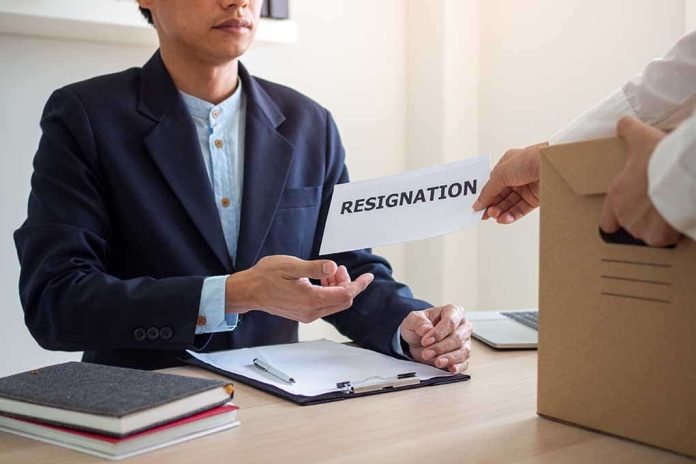 (UnitedVoice.com) – During the beginning of the COVID-19 pandemic, New York Governor Andrew Cuomo (D) used the deadly virus to compete with former Donald Trump for attention. The governor regularly criticized the president, making it seem like he wasn’t doing his job. Then scandals started erupting in New York. Suddenly, the Democratic governor’s ship was sinking and now, he’s finally bailed.

On August 10, Cuomo announced he was resigning from his position, effective in two weeks. His decision to step down came one week after NY Attorney General Letitia James released a bombshell report alleging there was evidence to suggest he sexually harassed at least 11 women. Cuomo repeated his denials of the allegations at the press conference on Tuesday, calling them “politically motivated.” He went on to say he was stepping aside so the government could “get back to government.”

Lawmakers on both sides of the aisle celebrated the governor’s decision to resign. Rep. Lauren Boebert (R-CO) didn’t mince words.

One less pervert in government.

Goodbye Cuomo! Keep your hands to yourself, creep!

NY Assemblywoman Yuh-Line Niou (D) called on lawmakers to impeach the governor so he wouldn’t continue to profit from the office.

My statement on the resignation of Governor Andrew Cuomo. pic.twitter.com/2DllRU6nja

Lieutenant Governor Kathy Hochul (D) will take over the office in two weeks, becoming the state’s first female governor. There’s no word on whether lawmakers will move forward with potential impeachment proceedings.