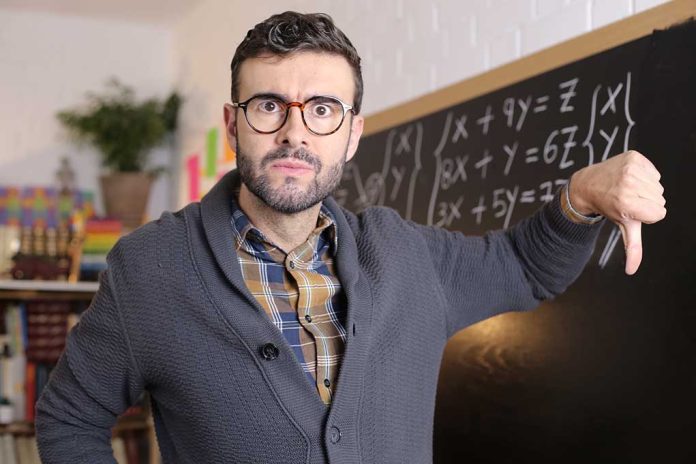 (UnitedVoice.com) – Parents learned a lot about teacher unions and those teaching our kids in the classrooms over the last year. While hard-working people worked during the pandemic, teacher unions persuaded weak-kneed politicians and administrators to shut down schools. That forced some single parents to sacrifice work and stay home with their kids even as the economy reopens.

A generation of young Americans is losing out on an education as kids from all walks of life are failing in distance learning situations, and taxpayers are stuck with the bill they have no choice but to pay. Teacher unions went after anyone who pushed to re-open schools. They claimed the efforts were a product of racism, sexism, and misogyny.

Throughout this summer, parents also started to question their school districts over Critical Race Theory (CRT). In Rhode Island, one school district told a concerned mom that if she wanted to know what the school was teaching, she needed to file public information requests. So, she did, and now the nation’s most prominent and most influential teacher union is suing her to try and stop the flow of public information.

NEA Out of Touch and Control

In a lawsuit filed against Nicole Solas by the national and local branch of the National Education Association (NEA), the teacher union claims that parents don’t have a right to know what teachers are teaching their children. It also alleges that school accountability by taxpayers and parents isn’t warranted.

Well, that’s not exactly what the lawsuit states, but that’s the message teacher unions are delivering to parents.

So, what’s the suit alleging?

You’ll want to hold on to your chair for this one.

The union is expressing two concerns:

In a nutshell, that’s it. Now, let’s think about this for a second. First, an administrator can only release public records. Second, a teacher is a public servant employee. What they do in the capacity of their work is not private. They teach “public” education with taxpayer dollars. If the NEA’s request were reasonable, the government would tie up public record requests that expose wrongdoings and hide behind privacy. They would label everything as “private,” and the onus would be on the citizen to pay money to take them to court to prove otherwise, defeating the purpose of public records.

What’s This Really About?

Here’s what’s frightening about the NEA. The national board, of which First Lady Jill Biden is a member, passed a very telling tale about its agenda. In July, board members passed a resolution vowing to make known “an already-created, in-depth study that critiques white supremacy, anti-Blackness, anti-Indigeneity, racism, patriarchy… capitalism… and other forms of power and oppression.”

Separately, the board passed another resolution saying the union would “research the organizations attacking educators doing anti-racist work.”

There you have it. Is the NEA really interested in ensuring America’s kids learn reading, writing, math, science, and history? What about the teachers who are members of this radical organization? It appears not. It seems those involved are part of the Democratic plan to hijack America and transform it into a radical leftist worldview.

Will more American parents stand up for their kid’s education?

We’re going to find out.