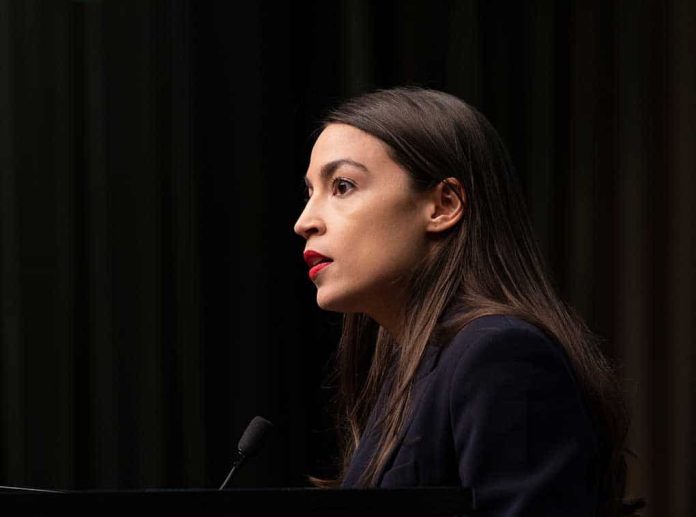 (UnitedVoice.com) – A recent report by Reuters detailed how Rep. Alexandria Ocasio-Cortez (D-NY) is investing millions in her online merchandise store, banking on her popularity. Former President Donald Trump’s former press secretary, Sean Spicer, criticized the congresswoman for her hypocrisy. Now she’s pushing back and, in doing so, showing how little she understands about capitalism.

On July 19, Spicer shared an article about AOC investing $1.4 million into her online store. He made a comment about the irony that the Democrat is using capitalism to push her socialist ideals.

Socialism is an economic ideology based on the idea that the government should distribute resources evenly. Capitalism, on the other hand, is based on the belief that people create and control their own wealth. The congresswoman is a self-proclaimed democratic-socialist, which is an offshoot of the Socialist Party that claims to believe in both democracy and socialism. How exactly that works is a mystery. AOC’s website sells items promoting her ideology with phrases like “tax the rich.”

AOC hit back at Spicer, saying it’s not capitalism when she makes money off of her name and her reasoning made very little sense. She said capitalism is about putting profit over people all the time.

Not sure if you know this Sean, but transactions aren’t capitalism.

Capitalism is a system that prioritizes profit at any & all human/enviro cost.

The former press secretary pointed out her definition is wrong. He then invited her on his Newsmax show to discuss their differing views but she never responded. Conservatives latched onto her remarks and didn’t hesitate to call her out for them. Strangely, none of them seemed surprised that she didn’t know how to define capitalism.