Alexandria Ocasio-Cortez doesn’t know how to be a politician. Yes, that’s a bold statement – but there’s plenty of proof.
She fudges numbers like it’s going out of style, completely lacks an understanding of fiscal economics, and regularly rants about why we should tax people into oblivion in order to drive innovation in clean energy (Green New Deal, anyone?)
Let’s not forget she’s lied so many times, the Washington Post even awarded her four Pinocchio awards. That’s quite an achievement for someone who isn’t even 30 years old and barely out of high school.
But it gets even scarier than that. Apparently, she doesn’t know the difference between Democrats and Republicans, either.
This one will really blow your mind.

For those looking for the deleted tweet, here you go pic.twitter.com/uezDQ8Vfzw

#ThrowbackThursday last month the socialists threatened the lone #Kentucky #Democrat in Congress if he didn’t bend to their radical, extremist will: https://t.co/MdS3un7IIY looks like @AOC and #socialism are calling the shots for @KyDems now! pic.twitter.com/VIe6JWZZQy

The fact is that AOC is so rabidly invested in insulting the GOP, she’s totally willing to overlook the facts or even engage in fact-checking. What does that mean for how she does her job?
AOC’s insane version of politics is a wild and crazy ride, to be sure. But instead of being a fun rollercoaster, it’s more like a car accident. Truthfully, we often can’t look away… but how could you, when it’s like the gift you never wanted in the first place just keeps on  giving? 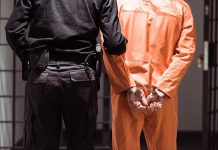 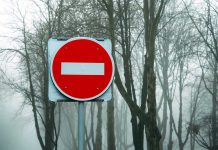