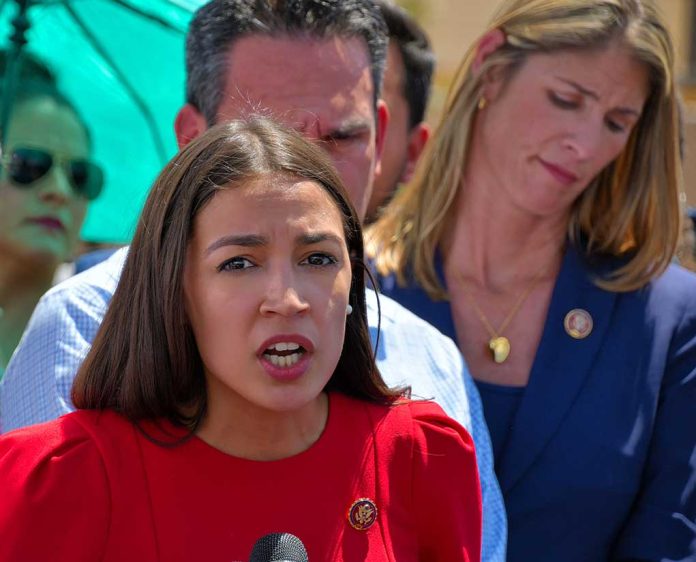 (UnitedVoice.com) – More young people are buying into socialism or at least some form of it. Most grew up not knowing prosperity outside of a few years during the Trump administration. They never experienced the strong economic years of the 1980s, 1990s, or early 2000s. Instead, they saw their parents struggle during the 2008 Great Recession and for the next eight years that followed. Many bought into the Obama-era idea the economy wasn’t working, and the only way to make things better was to transform the economy, society, and government.

In 2018, Alexandria Ocasio-Cortez defeated one of the most notable Democrats in Congress. Rep. Joe Crowley (D-NY) was the third most powerful Democrat in the House of Representatives. He didn’t take AOC, her message, or people’s struggles seriously. In turn, the congressional district voted in a young and misinformed Democratic socialist. Now, she’s denouncing the US economy and capitalism, and believes the federal government needs to oversee the entire economy.

On Thursday, February 3, Ocasio-Cortez denounced capitalism as the core problem to society during an interview with Yahoo Finance. She said the pursuit of profit at all costs hurts people, society and the environment. She said a few people control the entire US economy and labor markets.

In the strongest terms possible, AOC added the US economy and capitalism are unredeemable. So, what are her solutions? There aren’t many. Yet, she chose to steal from far-left Democratic Sen. Elizabeth Warren for a few oversimplified left-wing ideas, such as:

So, those are the best solutions? It shows how out-of-touch she is with history, economics, and socialism and its impacts around the globe.

As a Democratic socialist, AOC wants the government to oversee the economy, productivity, and the workforce. According to the Democratic Socialists of America website, the goal is to tickle ears and mislead people with simple ideas such as giving ordinary people a voice in the workplace, neighborhoods, and society. Yet, how exactly do people not have this already? Just look at the number of people who have quit their jobs over the last number of months, as well as rising wages and increasing benefits to woo them back to the workforce. How about all the parents showing up at school board meetings concerned about what their kids are taught?

Still, AOC is either willfully ignorant or uneducated about how capitalism works, and how it created the strongest country the world has ever known.

In reality, it’s workers that have the power to exploit company profits. The key is in creating value to the employer. How is value created? It comes from consumers. The less the consumer is willing to pay for a commodity, product, or service, the less economic value a worker with lower skills holds. Workers must improve their skills through education, training, and experience to increase their value. The more people who can do a job with few skills, the less economically valuable those skills are to a company.

Regarding profits over people, what is the source of profits? It comes when a business successfully meets the demands of consumers who reward it with money. If an entrepreneur, small business, or corporation makes a significant profit, it’s because they are exceptionally good at providing a product or service that is highly in demand by consumers. Just look at Blockbuster video to see what happens when a business no longer meets consumer demand.

Some economists say that if not for regulations since 1945, median household incomes would be six times higher today. To see this truth, all one needs to do is look at what happened after former President Donald Trump cut regulations in 2017. The economy immediately took off because there were more jobs than people to fill them. This growth caused a supply and demand issue that forced wages higher. The economy didn’t look back until the pandemic struck in March 2020.

Inequality has and always will exist. There is no such thing as an equal outcome (which activists and Democrats call “equity”). Even when conditions are the same, there are still numerous variables that create unequal outcomes. Just look at the former Soviet Union, North Korea, or China. Those are socialist/communist countries. Yet, the rich are more affluent, and the poor are poorer. There are no opportunities ever to gain prosperity in those systems. The government decides the winners and losers.

So, is that what AOC is advocating for America? Should the government determine who wins or loses, or who’s prosperous and who’s not? Using the government to strip opportunity destroys innovation, production, hopes, and dreams. The government decides one’s lot in life.

America’s capitalism is struggling because of the government and thriving despite it. The government could unleash the economy to create opportunity for those who want it. Yet, it inhibits it by encouraging government dependency, resulting in more poverty.

So, is AOC right?