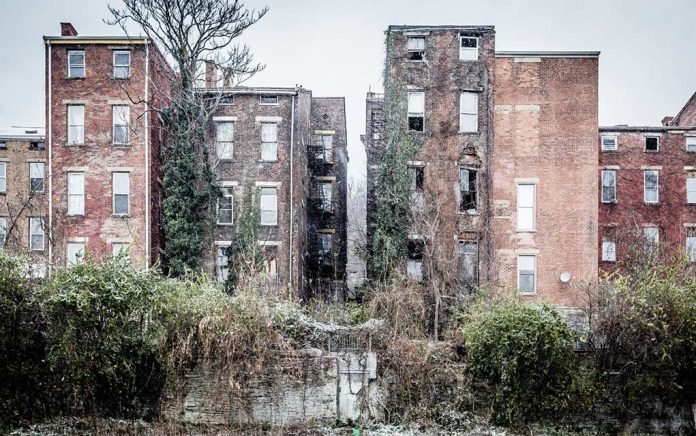 Rep. Alexandria Ocasio-Cortez (D-NY) released her plans for a new policy package on Wednesday, September 25th. This new package, which consists of six bills, is nicknamed “A Just Society.”

Did you know our Fed poverty line is based on 1955 spending, & the way we calculate it hasn’t changed since 1964?

It doesn’t include cost of childcare, geographic cost of living, or healthcare.

A Just Society calls for an update to how the US government calculates poverty and decides if someone is eligible for welfare. It would take new factors into account like where people live, health insurance costs, childcare needs, work expenses and even internet access.

Other parts of the bill include paid-family leave, capping monthly rent increases at 3% and a $15-per-hour minimum wage.

The part of her package that will be the most divisive is called The Embrace Act. This allows illegal immigrants to get approved for food stamps, unemployment, Medicaid and other federal public benefits.

It’s not yet clear where she plans to get the money from.

Last month we told you about USA Air Force veteran James Chamberlain who filed a federal lawsuit against a veteran director because a Bible was used on a “missing man” table. We now have an update to that story.

As of today, a federal judge has officially cleared First Liberty to fight alongside the VA to make sure that a beloved military veteran's Bible STAYS on display at a New Hampshire VA facility.

On Wednesday, September 25, Federal Judge Paul Barbadoro said the case can move forward as more research needs to be done. Chamberlain is a self-proclaimed Christian, and the judge said this is the first time he’s heard of a Christian challenging a symbol of Christianity. He also added that if Chamberlain was an athiest it would be clear that he had a case.

Barbadoro told Chamberlain’s lawyer, Lawrence Vogelman, that he will have to show how Chamberlain has personally been injured by the Bible being present on the “missing man” table. Just worrying about non-Christian veterans being offended doesn’t count as a constitutional violation.

The Bible, which was put back on the table in February, is still part of the display.

Wendell Brown, a Detroit native who played football for Ball State University, was arrested in China three years ago. A friend’s birthday party at a bar got out of hand and according to Brown, he pushed a man who was about to attack him with a glass bottle. The local police showed up and he was charged with international assault. In June 2018, he was sentenced to four years in prison.

#WendellBrown is on his way home to Detroit with his mother Antoinette, after spending the last three years in a Chinese prison, wrongfully accused and convicted of assault in 2016. pic.twitter.com/AbwBmibA0h

With the help of his lawyer, his sentence was reduced to three years and he was released earlier this week.

After arriving home to Michigan, Brown had this to say:

“I focused my mind. I set my mind on something. I said, ‘I won’t be defeated. I won’t allow negativity to be part of anything going on, no matter how bad the odds look, always have faith in God and his power. Never allow anything — any bad news that is trying to hinder my spirits and bring me down, don’t allow it to.'”

Other than spending time with the family he wasn’t allowed contact with for the first 2.5 years, Brown hasn’t announced what his plans are now that he’s back in the US.