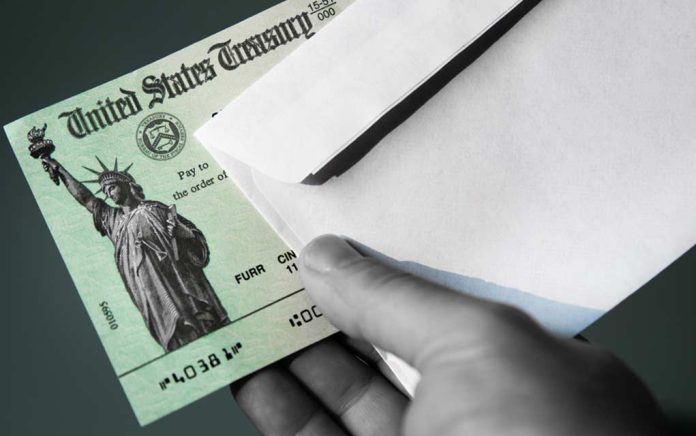 (UnitedVoice.com) – Many people are struggling financially right now, and the government is trying to help. Individuals received $1,200 from the stimulus package passed by Congress in April of 2020 — with even more going out to families. For some, this was not enough.

Now, House Democrats are proposing another $1200 payment per adult and $500 per child capped at a maximum of $6000 per family. In addition, they propose to supplement state unemployment payments to individuals by $600 per month through next January.

Over 36 million Americans have filed for unemployment due to the COVID-19 crisis and the economy is on a downward slope. There are fears that the unemployment rate could soar as high as 25-32% according to Goldman-Sachs and the Federal Reserve Bank of St. Louis. With unemployment services already overloaded and many families still in need of money, the forecast is grim.

President Trump was not against the proposed individual payment plan in general, stating “We’re talking about that number with a number of different people.”

Senator McConnell and other Republicans, however, want to take a wait and see approach to give the previous stimulus packages time to boost the economy before committing to another massive expenditure. This makes fiscal sense considering both the debt accrued by the first stimulus package and the $2.2 trillion in the CARES Act.

House Democrats have managed to push another stimulus package through, but it wasn’t smooth sailing, as several in their own party weren’t happy with the plan and voted against it.

This is not the time for partisan gamesmanship, this is the time to find common ground and deliver help where it is needed most. In response to COVID-19, our relief efforts must be targeted, timely, and transparent. The HEROES Act does not meet those standards.

However, it wasn’t enough and the HEROS bill passed the House vote, 208-199. Now it faces a huge uphill battle in the Senate where the added pork in the bill will come under significant scrutiny.