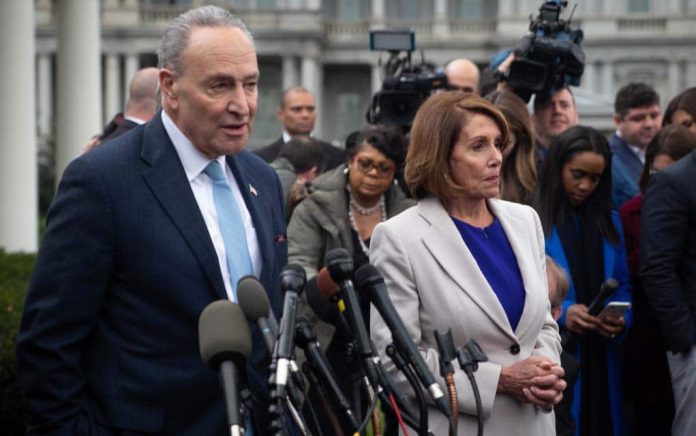 (UnitedVoice.com) – There is a credibility crisis brewing, and Democrats could find themselves in a precarious situation as the Senate trial against Donald Trump begins this week. The House impeachment article charges Trump for inciting an insurrection that led to the Capitol Hill riot on January 6. Yet, Trump never incited violence on that day. In fact, he encouraged people who would go to the Capitol building to protest to “peacefully and patriotically make your voices heard.”

On Tuesday, February 9, the Senate will begin the process to decide if President Trump can ever again run for office. It’s debatable whether the Senate can even hear the case after the House moved to impeach Trump last month before he left office. Chief Justice John Roberts will not be overseeing the trial in the upper chamber as required by the US Constitution. Instead, Sen. Patrick Leahy (D-VT) will preside. That also puts into question the trial’s legitimacy that courts, including the US Supreme Court, may need to determine in the future.

Tactically, sometimes the best defense is a strong offense. Republicans are preparing to try Democrats for their hypocrisy, arguing the trial is a farce. There are gaffs they can poke at made by numerous high-profile Democrats, including House Speaker Nancy Pelosi (D-CA) and Senate Majority Leader Chuck Schumer (D-NY), among others.

At the heart of the defense is freedom of speech versus criminalization of speech. In particular, subjectivity is the real issue. Is free speech only for those who get to decide what it is, or is it for everyone?

The double standard is glaring, and it will be interesting to observe how Democrats deal with it. Republicans plan to introduce video evidence of past remarks by Democrats that could be considered “incitement.”

For example, in March 2020, Schumer threatened the US Supreme Court, a third, co-equal branch of government. He said if the court rules against abortion cases, they would “pay the price.” What price? The Supreme Court is an independent branch of government. Pelosi made comments last summer, wondering why there weren’t more riots, as if they were acceptable, legitimate, lawful forms of protest.

Reps. Bush and Waters to Be Featured Prominently

Over the weekend, a dangerous riot broke out in a St. Louis jail. Rep. Cori Bush (D-MO), a member of the far-left squad, embraced the riot. She echoed Martin Luther King Jr., saying, “A riot is the language of the unheard.” A month ago, Bush said riots were dangerous and a “threat to democracy.”

Who can forget Rep. Maxine Waters (D-CA) comments in 2019? She called for all-out hostile acts against Republicans. In an interview with MSNBC on Sunday, Waters took it upon herself to re-state her own words and denied what she’s on video saying. She called for protests, harassment, and incitement of GOP members of the administration and Congress.

What Is the Trial Really About?

The Trump trial is really about two things:

It’s striking that Democrats protect themselves with a military presence when they feel threatened. Yet, when cities across America faced riots last spring, summer, and fall, there was silence and no help for the common man who needed the protection. It demonstrates the impeachment and trial of Donald Trump are purely political.

Most political pundits predict Trump will not be convicted.

Unfortunately, the credibility of the entire political establishment is taking a big hit over the behavior of Congressional Democrats.