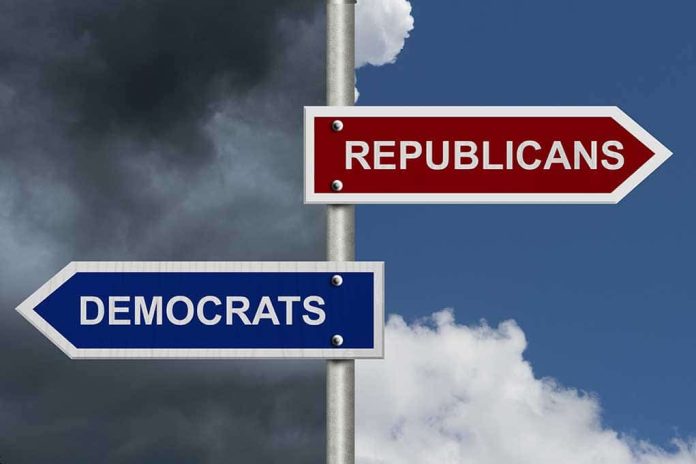 (UnitedVoice.com) – Checkers is a game of strategy. The game is won by carefully positioning pieces on the board to eliminate your opposition before one eliminates you. Knowing when to advance or sacrifice a checker to gain a king is the difference between winning and losing. Campaign politics is much the same. Campaigns and consultants spend a lot of money and time assessing opposing candidates’ opportunities, strengths, and vulnerabilities. It used to be the ones with the best chances of winning got the most money to pull them over the top. That’s no longer necessarily true.

Many factors determine a candidate’s viability. Ultimately, it’s all about winning. Yet, with the rise of Socialist Democrats like Rep. Alexandria Ocasio-Cortez (D-NY), a new phenomenon has developed since 2016. Fringe Democratic candidates began outraising incumbent established Democrats. Some argue it dilutes competitive House races and gives the GOP a sizable advantage in elections.

To win in the game of politics, one must know the strengths and weaknesses of their opponents. Money isn’t always the great equalizer. Longshot Democrats who outraise members in their own party are becoming a serious threat to the party’s future and play right into the GOP’s hopes of taking back Congress in 2022 and beyond.

It’s a bad political strategy to take on well-funded, popular GOP incumbents in deep-red districts if you’re a Democrat. Longshot Democrats have attempted to take out entrenched Republicans many times, and the results have generally been the same — they lose. That’s not stopping some from taking on Republicans who are extremely popular in their districts but unpopular on the national scene. There’s a reason the term “all politics are local” exists. It doesn’t matter what someone in California thinks about a candidate in Georgia.

Unfortunately for Democrats, donors rarely know the difference. So, instead of giving to candidates who have a real shot at winning races, donors are giving a lot of money to candidates who stand virtually no chance of winning a congressional district but align with their political philosophy. Long shots who outraise viable candidates are labeled attention suckers who take away resources, media attention, and money.

The Democrats only have the Left to blame for their woes. This phenomenon is part of the reason Republicans didn’t lose a single House seat in 2020 and flipped 16 Democratic seats to give House Speaker Nancy Pelosi (D-CA) the smallest majority in nearly a century. The problem is about to get worse for them and better for the GOP.

Former Kentucky state Rep. Charles Booker (D-KY) is trying to oust incumbent Sen. Rand Paul (R-KY). In the third quarter, Booker says he raised $2 million. The odds of him winning are extremely low in deep-red Kentucky, as many see him as too liberal for the state. In 2020, he ran in the primary against Amy McGrath, who outraised then-Sen. Majority Leader Mitch McConnell (R-KY) but lost big time to the long-time Republican stalwart.

Army Veteran Marcus Flowers (D-GA) is trying to unseat the Democrat’s most loathed Conservative, Marjory Taylor-Greene (R-GA). In 2020, she won her district by 50 points. That’s insurmountable. Yet, Flowers is one of the party’s top fundraisers hauling in more than $2 million. He’s outpacing vulnerable moderates Abigail Spanberger (D-VA) and Elissa Slotkin (D-MI). In Colorado, it’s much the same. State Sen. Kerry Donovan (D-CO) will challenge stalwart Rep. Lauren Boebert (R-CO) in a comfortable GOP district. She, too, is raising enormous sums of money.

The practical reality is this, giving money to candidates who can’t win over candidates in highly competitive districts puts the GOP at a sizable advantage. In February, the House Republican Congressional Committee sent out a memo targeting 47 vulnerable Democrats. As the party moves farther Left and abandons Moderate Independents, it’s a nightmare scenario shaping up for the Democratic Party.

Perhaps one analytical interpretation could be that Democrats know vulnerable Moderates are hopeless and are giving up on them? Maybe they’re strategizing long-term about how to flip GOP seats years from now? Both scenarios are implausible. The reality is the donor base doesn’t appear to align with party goals, and the flow of money shows that reality.

This hypothesis could explain the shift leftward by Democrats in recent years. Still, the majority of the nation considers itself to be Conservative or Moderate. Only 25% of voters claim to be progressive. If that’s the case, Moderates are more likely to side with the GOP than Democrats, which could also explain why House Republicans held their seats and flipped so many others in 2020.

There are a lot of variables this far before an election. In January, campaigns will start kicking into gear. Primary voters will have their say in the spring. Then, it’s game on towards the sprint to the fall midterm election. The strategies each party formulate now will determine the outcomes in 2022.