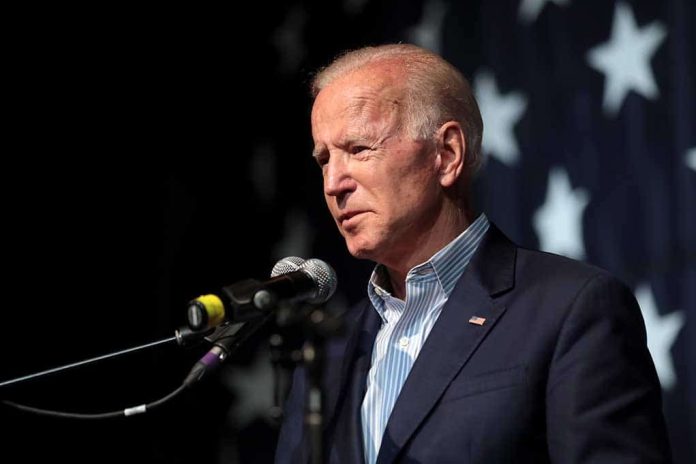 (UnitedVoice.com) – Over the last eight months, many voters gave Joe Biden the benefit of the doubt. New presidents commonly enjoy a sort of “honeymoon” period during the first year, allowing them time to find their bearings and get up to speed on the job. However, one thing many voters won’t abide from any president is incompetency. Based on that standard, the territory the Biden administration has entered has been uncharted since the Carter administration in the late 1970s.

In just eight months, increases in immigration, inflation, crime, and unreasonable partisan division developed as hallmarks of the Biden administration. According to recent poll results, it appears voters once willing to give Biden the benefit of the doubt may now be leaning the other direction. This could be very bad news for Democrats heading into the 2022 midterm elections.

It’s All About the Economy

When it comes to elections, most voters cast ballots based on their economic situations. Today, it’s impossible to separate COVID-19 issues from the economy. They are intertwined. As COVID goes, so goes the economy. In both matters, Biden is losing support quickly among voters.

According to an August 11, Fox News poll, voters have deep concerns about rising inflation as the value of a spending dollar goes down faster than wages go up. The net effect is Americans may make more money, but less of it is in their bank accounts. In 2020, the government got heavily involved in people’s lives. Shutdowns led to massive layoffs and unemployment, and the government giddily created programs to sustain people.

So, what are the biggest concerns among voters? Respondents said the following three things are causing the most economic hardship on their families:

What do voters think are the main drivers of their economic hardships?

Evaluating these two questions shows America is troubled by what they are experiencing from Democrats and the Biden administration, and it’s leaving the political Left vulnerable to defeat in 2022. Here’s why: The pandemic is driving democratic policies. The pandemic is the Democrats’ cover to expand the government’s role.

As Democrats expand government and spend trillions upon trillions of Americans’ hard-earned money, the economy overheats. The poll said 86% of Americans are concerned about inflation. The Democratic-led Senate passed proposals to add a whopping $4.6 trillion more in additional spending in just the last few days. Inflation and government spending occur in tandem, and politicians are likely to worsen a bad problem if Democrats pass their two-track infrastructure proposals.

In only eight months in office, Biden’s numbers are dropping faster than lead in water. It’s the second consecutive Fox News poll in which his approval dropped, and it’s consistent with other polls. The question is, can Biden and the Democrats reverse the trend ahead of the 2022 midterms?

Polls are only snapshots of a given moment in time. If the negative trends turn into momentum, it could become complicated for Biden and Democrats to rebound.