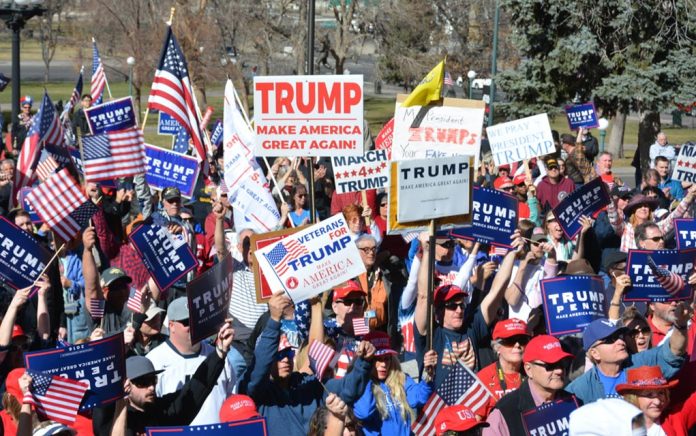 (UnitedVoice.com) – In politics, knowing what battles to fight and when to fight them can be the difference between winning and losing. Since the start of the Democratic National Convention(DNC) on August 17, there appears to be a momentum shift happening in several battleground states. In 2016, Trump won Wisconsin with less than 1% of the vote. However, is it possible he could be expanding his lead there in 2020?

According to a focus group conducted on August 30, 2 of the 10 participants said they weren’t going to vote for Democratic nominee Joe Biden. Their concerns could be problematic for the former vice president and the Democratic Party. The primary takeaway from the focus group was that Biden cares less about them and their concerns than he does systematic racism. Significant themes that developed included racial resentment, lack of respect by Democrats for their needs and feelings, and distrust of political institutions.

In Pennsylvania, a massive change in public sentiment is fueling a rise in Trump’s prospects of retaking the state. In mid-July, the Monmouth poll said Biden was ahead of Trump by 13 points among registered voters, 53% to 40%. In the newest poll, the former vice president’s support dropped an astounding 13 points, 49% to Trump’s 45% – that’s within the margin of error.

The poll shifts in the two battleground states occur as destructive riots rage on in Democratic-led cities. Kenosha, WI, experienced riots last week that left part of the community looking like a war-torn country. Trump has taken the mantle of the law and order candidate, while it took Biden weeks to respond after pressure was applied to him by liberal cable TV network hosts on CNN and MSNBC.

If Trump wins these two states, it’ll be very difficult for Biden to recover and win the Electoral College in November. We’ll be keeping a watch on the trends and informing our readers of any changes in momentum for the candidates.