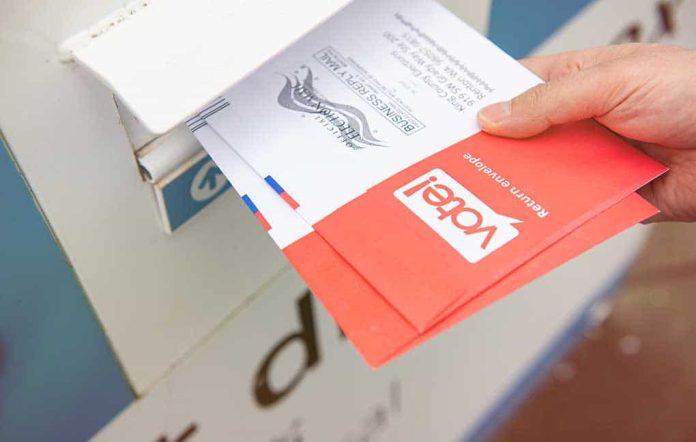 (UnitedVoice.com) – The much-anticipated Maricopa County, Arizona, audit is still underway. However, county officials aren’t being as cooperative as they should be. The state attorney general has now sent them a stern warning.

On August 26, Attorney General Mark Brnovich (R) issued a statement announcing his office determined the Maricopa County Board of Supervisors (MCBOS) is violating state law by failing to comply with a Senate subpoena. The AG investigated after Senator Sonny Borrelli (R) filed a complaint against the officials for failing to provide auditors with routers, network logs, and other information as requested.

Our office just notified the Maricopa County Board of Supervisors that it is in violation of state law for failing to comply with AZ Senate’s subpoena. The County has 30 days to change course or lose state-shared funds. The rule of law must be followed.https://t.co/IpJwWZmLxX

Brnovich said MCBOS “must fully comply with the Senate’s subpoena as required by the law” within 30 days. If the officials fail to do so, the Arizona Treasurer will withhold state revenue from the county until it hands over the information. The AG recently released a report alleging the Maricopa officials have violated the law multiple times.

It isn’t the first time MCBOS refused to adhere to subpoenas. Earlier this year, the supervisors declined to comply. The Maricopa County Superior Court ruled in the Senate’s favor, saying that providing the information wouldn’t violate privacy or the separation of powers principles.

The Senate should have a draft of the forensic audit report soon. It’s unclear when lawmakers plan to make it public.