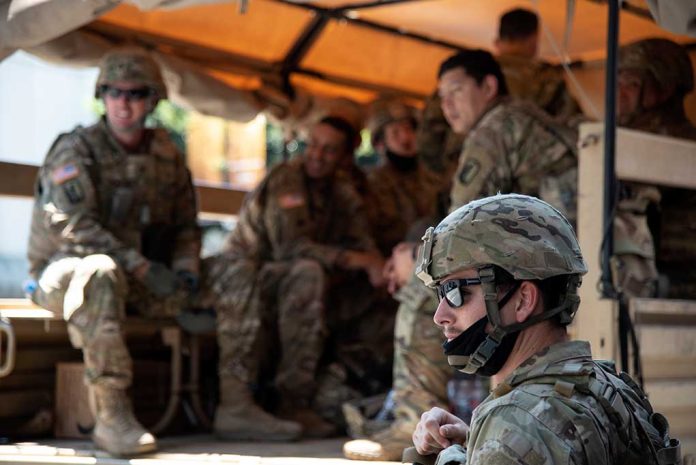 (UnitedVoice.com) – President Joe Biden has overseen one of the worst crises along the border in decades. The pro-immigration policies of the Democratic POTUS led to almost 2 million illegals trying to enter the country during his first year in office. Leaders of border states are getting fed up with the ongoing problem, including Arizona’s attorney general.

On Monday, February 7, state Attorney General Mark Brnovich issued a legal opinion, stating the crisis on the border fits the constitutional definition of an invasion. He explained that the definition isn’t limited to hostile foreign states, but also includes “hostile non-state actors” like gangs and cartels. Therefore, he believes states can take extra measures to protect themselves. To that end, Brnovich wants to take “defensive actions within its own territory at or near its border.” That defensive action could include adding armed guards on the border to stop illegals from pouring into the US.

TODAY our office issued a legal opinion determining the current crisis at Arizona’s southern border, fueled by violence and lawlessness of cartels & gangs, legally qualifies as an “invasion” under the U.S. Constitution, & AZ has the power to defend itself. https://t.co/VqOCI9qGHk

Brnovich issued the opinion after former President Donald Trump’s ex-acting Deputy DHS Secretary Ken Cuccinelli and former OMB Director Russell Vought urged Governor Doug Ducey (R) to use war powers to stop the invasion. The former administration officials, now at the Center for Renewing America, believe Article I of the Constitution’s language allows states to declare war without the power of Congress when they’ve been “invaded” or are in “imminent Danger [sic].”

Critics disagree with the constitutional interpretations presented by Brnovich, Cuccinelli and Vought. Some believe the Arizona AG is trying to grab the attention of the press while he’s embroiled in a tight 5-way race for the US Senate. What do you think?