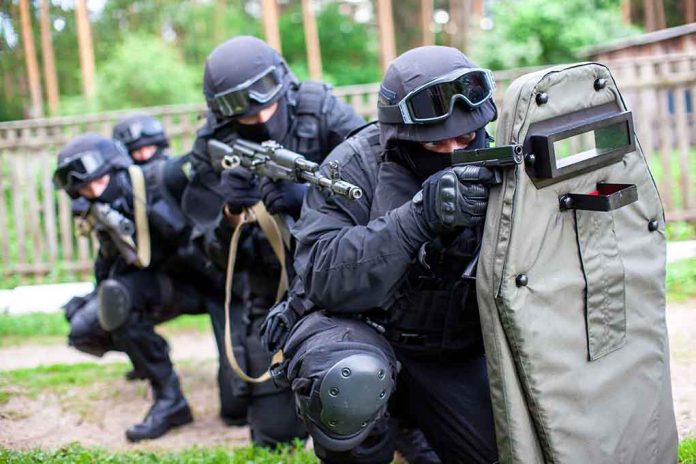 (UnitedVoice.com) – It doesn’t matter who’s leading the country or what party they belong to, they face threats from people who don’t like them. President Joe Biden is no different. An Alabama man is now facing prison for what he said about the 46th POTUS.

On July 18, federal authorities arrested Mobile, Alabama, resident John Andrew Bazor, Jr., 37, for threatening Biden. He reportedly left a message on the White House switchboard on July 10 saying he was going to Washington to “assassinate the president.” The suspect added, “I can’t wait to see your faces when I put a bullet in him.”

John Andrew Bazor of Mobile called the White House switchboard on July 10 and threatened to kill President Biden, according to a complaint filed by the U.S. Secret Service. https://t.co/yu0CSBB6qq

In addition to his alleged threats against the commander-in-chief, a Twitter account that appears to be Bazor’s shows he repeatedly sent rambling messages to former President Donald Trump, the Department of Justice, and other agencies.

When Secret Service agents arrived at a Home2Suites hotel where the suspect was staying, his sister reportedly told them her brother needed help for mental health problems. He admitted to threatening the president. After Bazor refused to speak to the Bayview Crisis Response Team, federal agents decided to take him into custody.

Bazor is facing five years in prison. The Baldwin County Corrections Center is holding him without bond.