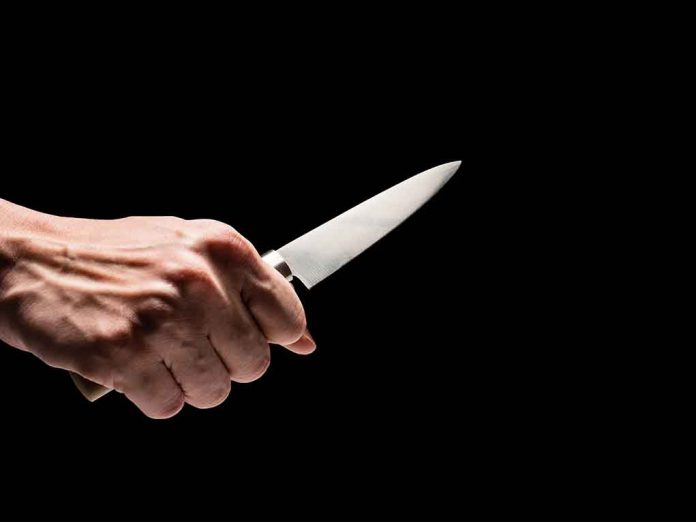 (UnitedVoice.com) – During a campaign speech in upstate New York on July 21, an armed man jumped on a platform with state Representative Lee Zeldin (R). The suspect swiftly pulled out a blade and tried to stab the lawmaker. Fortunately, the New York legislator was quick on his feet. He grabbed the man’s wrist and stopped the attack. As Zeldin was fighting for his life, a group of attendees stormed the stage, knocking down the perpetrator and removing the lawmaker from the situation.

Police arrested and charged the suspect with a felony but immediately released him on cashless bail. The representative took to Twitter to express his outrage at the New York practice, calling to repeal the law.

After being charged with a felony for last night’s attack, the man who tried to stab me was instantly released back onto the street due to New York’s insane cashless bail law. We MUST repeal cashless bail in New York! pic.twitter.com/7pMpulaOoJ

This isn’t the first time Zeldin asked for a change to the cashless bail system. In October 2020, he wrote an op-ed on his website about the issue. Citing several examples of incidents following the release of these alleged criminals, he strongly opposed the push to incorporate the system nationwide. Apparently, the practice is still in operation in the Big Apple.

Sadly, this isn’t the first assassination attempt on politicians throughout the United States lately. In February, a shooter tried to kill Democratic candidate Craig Greenberg in Louisville, Kentucky. Following the Supreme Court draft leak involving Roe v. Wade, Nicholas John Roske allegedly arrived at Justice Brett Kavanaugh’s house heavily armed to take out the sitting SCOTUS judge. Those are just two examples of the chilling trend of threats against individuals serving the US government on both sides of the aisle.

Why do you think there’s such a heightened threat of violence against those serving the United States?