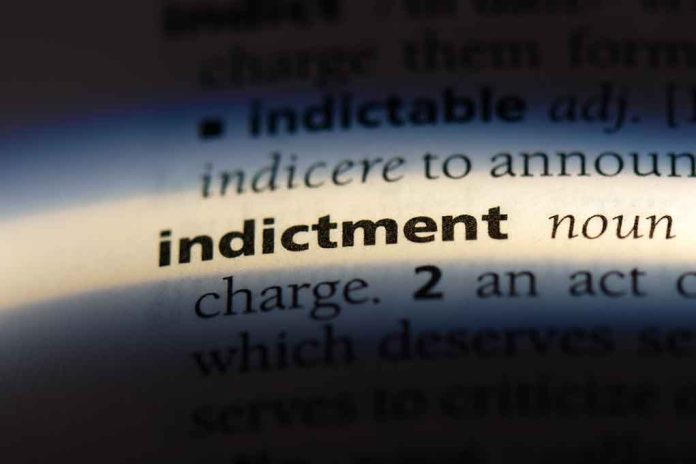 (UnitedVoice.com) – Former President Donald Trump is in the center of an investigation over classified documents found at his Mar-a-Lago estate. In August, the FBI served a search warrant on his home and carried away boxes of evidence. The search by federal agents came after months of wrangling between his lawyers and the National Archives.

The courts unsealed the search warrant of the ex-president’s home, showing the DOJ suspected him of violating the Espionage Act. Specifically, the warrant related, in part, to suspicions of improper handling of records containing classified material and national defense information. Agents found about 300 classified documents in the search, including some with top-secret markings. It’s unclear where the investigation stands now, but a former federal prosecutor thinks the Justice Department could indict the 45th president.

On Saturday, January 7, former US Attorney Cynthia Alksne appeared on MSNBC’s “The Katie Phang Show.” According to Newsweek, the prosecutor-turned-cable news analyst told the television host that she thinks the Department of Justice could indict the former president “pretty soon.” She claimed it would be “an easy prosecution” because he allegedly “stole documents” and then lied about having them. She went on to accuse Trump of moving the records in question.

Alksne added that the DOJ must determine who had access to the documents and whether anyone shared any of the classified information with anybody else. Another former prosecutor, Gene Rossi, told Newsweek that he also thought the investigation over the classified records would lead to an indictment.

Rossi told the news organization that federal prosecutors would already have charged an average American if they had done the same thing.

In addition to the DOJ investigation into the classified documents, the House Select Committee investigating the January 6th riots recommended the federal government charge the former president for his alleged role in the events of that day. The DOJ hasn’t confirmed whether it’s considering that case.

Trump isn’t the only executive in hot water over the handling of classified records.

On November 2, officials found 10 documents with classified markings at the Penn Biden Center for Diplomacy and Global Engagement. The president’s personal lawyers reportedly discovered the records in a locked closet while cleaning out the offices. The POTUS had an office at the Penn Center after he served as vice president until he launched his 2020 campaign.

Upon discovering the documents, the president’s lawyers immediately reached out to the White House counsel’s office, which notified the National Archives to alert them of the finding. The next day, the National Archives took custody of the records. The Department of Justice is reportedly looking into how the president’s attorneys handled the situation.