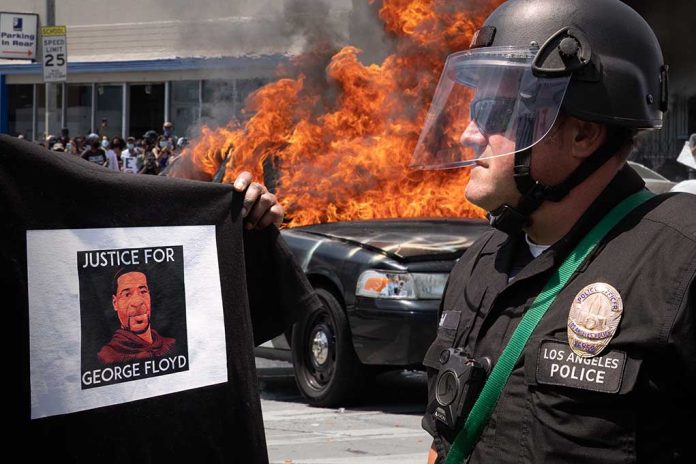 (UnitedVoice.com) – In May 2020, George Floyd died at the hands of a Minneapolis police officer. Democrats began pushing to defund the department soon after. Now, residents of the city are going to have the opportunity to decide whether they want to replace the police department.

On November 2, Minneapolis voters will answer Question 2 on their ballots and decide the fate of the police department. Progressives want to replace it with a Department of Public Safety, an agency that will allegedly take a comprehensive approach to public health and safety. It would employ both police officers and social workers.

The city is divided over the measure as crime rises, leaving residents feeling unsafe. In Ramsey County, which is right next to Minneapolis, Sheriff Bob Fletcher said he expects crime to rise dramatically.

Ramsey County Sheriff Bob Fletcher says at #mnleg Senate hearing on violent crime that if the Minneapolis police ballot question passes, "we are all expecting dramatic increases in crime in Minneapolis and St. Paul." pic.twitter.com/PMwWqqvAb6

Mayor Jacob Frey is running for a second term and has said he opposes the movement to replace the Minneapolis Police Department. Unlike other Democrats, he disagrees with the movement to defund the police. Other opponents of the ballot measure have said its language is too vague. There’s a fear the far-Left will use it to drastically decrease the police presence at a time when the city desperately needs their help. One resident, Jama Abdull, told the Washington Post he will move to another city if the measure passes. He has seven kids and told the paper, “They need to be safe.”