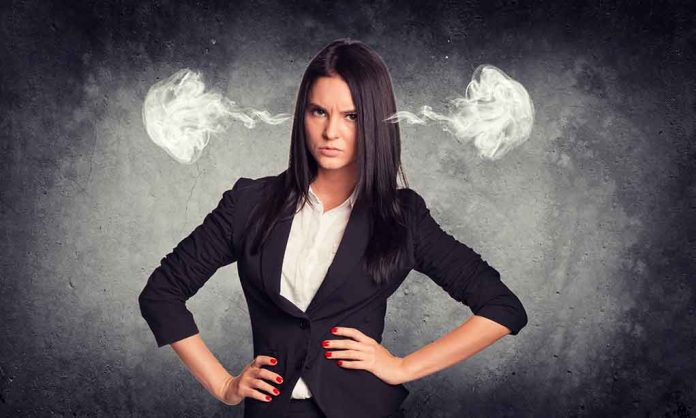 (UnitedVoice.com) – Conservatives have complained for quite some time that the Left’s “woke” culture is infecting everything. It’s not just the US that is having issues with it. British media giant BBC is under fire for doing the unthinkable.

In 2021, BBC published a story about how lesbian women felt pressured to date and have intercourse with transgender women who had not undergone surgery. Angela C. Wild, a co-founder of the LGBT group Get the L Out, took a survey of lesbians and asked about their experiences in the community, and many said the community didn’t accept them because they refused to have relationships with trans women. One woman told Wild about a man, who said he was trans, raping her. She told her story using “he” pronouns, but when BBC published her account, editors changed all of the pronouns to “they.”

The BBC is being criticised for changing the pronouns of a trans rapist as described by the victim.

She referred her male-born abuser as 'he' or 'him' & the BBC changed it to 'they' or 'them', as part of efforts to boost inclusive language. pic.twitter.com/ezV3jlLbZ2

BBC editors noted changes to the story with brackets around the words they changed. Adding brackets is a publishing technique to alert readers to editorial changes in the text of quotes.

According to multiple reports, BBC’s publishing guidelines instruct editors to ensure pieces have inclusive language. Therefore, the editors changed the victim’s statement because she allegedly misgendered her attacker. Critics argue that by changing the pronouns in the victim’s statement, the broadcasting company gave more respect to the rapist than they did to the victim.

Gaslighting about rape and perps: the BBC changed the pronouns in a report of the testimony of a rape victim, i.e. it didn't report the victim's testimony accurately or faithfully.https://t.co/H8ciGoYmQd

What do you think? Should the BBC or any publications alter victims’ statements simply to be inclusive?