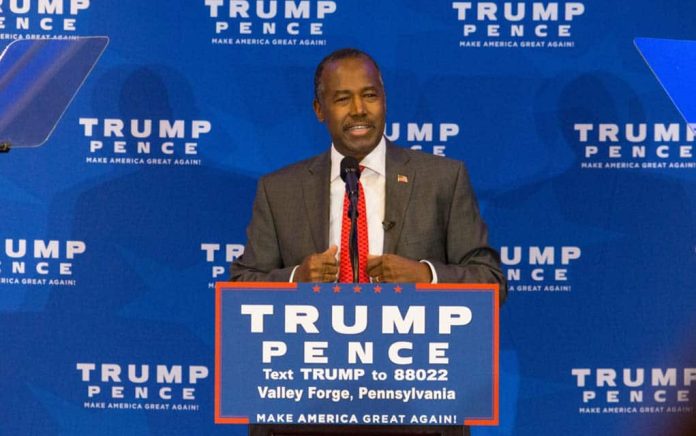 (UnitedVoice.com) – In July, the Trump administration rolled back the 2015 Affirmatively Furthering Fair Housing rule. The Obama-era regulation required cities to look at and address economic and racial disparities in suburbs in the US. Liberals called President Donald Trump a racist for his decision. HUD Secretary Ben Carson recently defended the decision.

On October 20, Carson talked to Fox News’ Laura Ingraham about Joe Biden’s promise to reinstate the regulation. The secretary said leftists bring “everything back to identity politics” that’s why they called the president a racist over the rollback. What Trump was really trying to do is give the American people a choice.

President Trump has been very vocal about how damaging he believes the housing rule was. In August, he tweeted a warning about Biden’s plan.

Not only is the president concerned about what will happen to neighborhoods, but he also wants to give control back to city and local governments. Should the federal government really dictate where they put low-income housing? Carson told the American people to think about what principles they want to teach kids. “America is about freedom,” he said.