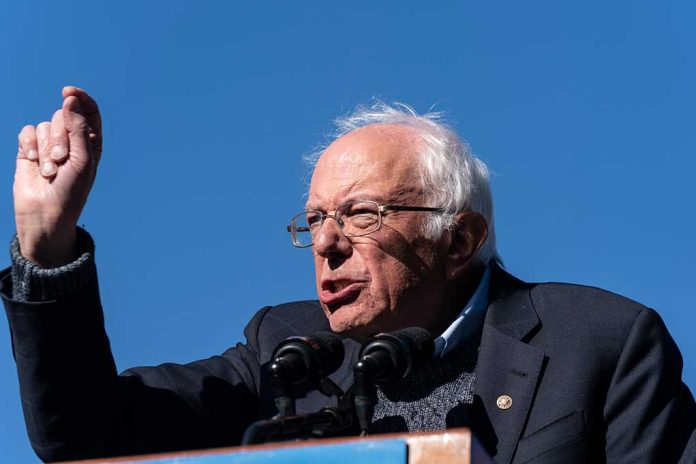 Bernie Sanders Has a Whopping Prediction for 2022

(UnitedVoice.com) – Many Republicans are looking forward to November’s midterm elections. Conservatives hope the Biden administration’s unpopularity will hack away at Democrat’s support and deliver control of Congress to the GOP. Now, one of the country’s leading leftists is saying the same thing.

Talking to journalists on June 9, antique socialist Senator Bernie Sanders (I-VT) warned Democrats the midterms would go badly for them unless they quit the partisan squabbling and actually do something to improve Americans’ lives. Sanders, who caucuses with the Dems and failed to get the party’s nomination for president twice, said that with Democrats holding the White House and both chambers of Congress for the first time since 2010, “we will be judged on what we deliver for the American people… The people want action, not excuses.”

Bernie Sanders Warns Dems Are Headed for a Thumping in November: ‘Can't Win an Election’ Just By Saying ‘The Other Side is Worse’ https://t.co/4FlYSqBtKY

This wasn’t Sanders’s only recent warning. On Tuesday, he said a party can’t win an election by claiming, “Well, we can’t do much, but the other side is worse.” He added that while many Dems think the party can win by delivering left-wing policies on gun control and abortion, “I think that that is not correct.”

Ironically, after calling on the party to deliver for Americans, Sanders went on to blast two of the few Dems that do represent ordinary people. In a clear reference to Senators Joe Manchin (D-WV) and Kyrsten Sinema (D-AZ), he slammed “corporate Democrats who are not going to be with us.”

What do you think of Sanders’ prediction that Democrats will suffer for being out of touch with voters?