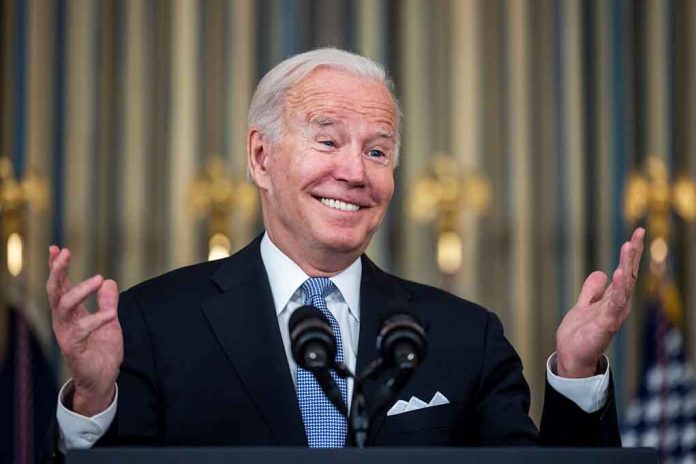 (UnitedVoice.com) – Many Americans may feel that politicians and bureaucrats are sending mixed signals. In fact, there’s ample evidence to suggest it. On Wednesday, August 17, former Secretary of Education Betsy DeVos provided one example in an interview with Megyn Kelly on her SiriusXM program “The Megyn Kellly Show.” DeVos shared that by President Joe Biden’s standards, he committed sexual misconduct toward her.

Merriam-Webster defines sexual harassment as any form of an unwanted or unwelcomed verbal or physical action of a sexual nature. The ex-Education Secretary said she had never met Biden before he approached her backstage before a speech she was about to deliver. At the time, she said she was in a wheelchair while recovering from surgery.

DeVos was on Kelly’s show to discuss the administration’s changes to Title IX. She shared the odd encounter with the show host before the former vice president announced he was running for president. The former Trump official said he approached her, put his hands on her shoulders, and touched her forehead with his forehead for several seconds as he conversed with her.

At the moment, she thought to herself if she were a college student, this would be a Title IX harassment allegation. Over the years, DeVos said female students had endured much less. Still, she noted that the future president claims he wants to protect women but won’t acknowledge previous accusations made against him by several people.

Eight women have accused Biden of touching them inappropriately or violating their personal space over the years. In each instance, they said he made them feel uncomfortable. In 1993, Tara Reade worked on then-Sen. Biden’s (D-DE) staff. She claimed he sexually assaulted her and ultimately demoted her when she didn’t respond to his advances. Women have also alleged he made comments about their appearances on the campaign trail. He has refused to apologize or take responsibility for any of the encounters.

In 2011, the DOE’s assistant secretary for civil rights, Catherine Lhamon, eliminated due process rights for those accused of sexual harassment or assault. Numerous cases arose where women made accusations against men who were unable to defend themselves. Only years later, did the truth come out that some allegations were false.

When DeVos took over the Department of Education (DOE) in 2017, she revised Title IX rules regarding how schools handle sexual assault and restored basic due rights protections.

Education Secretary Miguel Cardona is now reversing the Title IX reforms to pre-Trump rules. That’s not all. The administration is also adding gender identity and sexual orientation to the list. That could cause increased accusations of harassment simply for calling someone by a different pronoun.

DeVos said the administration is politicizing and weaponizing a law meant to protect women and give them access to education. She said the law’s intent wasn’t to hurt people, but that’s become the result of liberal interpretations of rules.