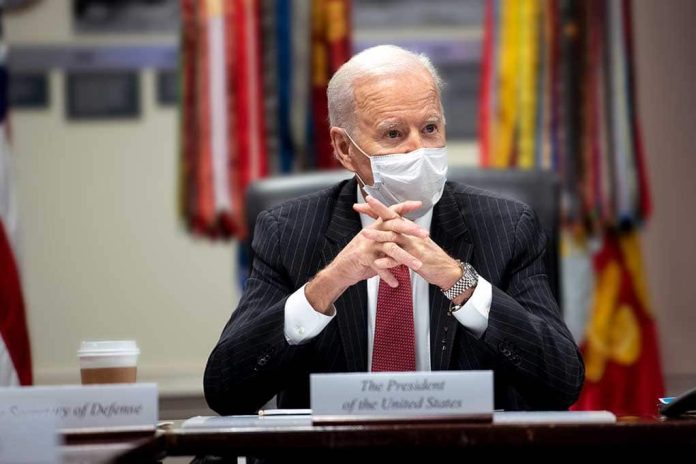 (UnitedVoice.com) – In September, President Joe Biden angered French President Emmanuel Macron when he announced a joint agreement with the UK and Australia. The deal killed a $60-billion submarine contract between France and Australia. Now the US president is reportedly scrambling to repair its relationship with its oldest ally.

On Tuesday, October 5, Secretary of State Antony Blinken traveled to France to meet with Macron. National Security Adviser Jake Sullivan is headed there, as well. And, there’s a meeting planned later this month between Biden and Macron.

According to reports, the Biden administration believes it’ll take some time to repair its relationship with France, but it’s willing to put in the work.

New hearing today of French foreign minister @JY_LeDrian on #AUKUS and its aftershocks in front of the French National Assembly. Minister Le Drian gave more details about the ongoing 🇫🇷🇺🇸 consultations and about the future of the 🇦🇺🇫🇷 relationship. A 🧵 👇 pic.twitter.com/2dCKuJVu9N

The conflict between America and France was so great that Macron recalled the French ambassador to the US for the first time in history. Although he’s back in Washington now, the relationship between the two countries is still strained. Biden recently acknowledged he made a mistake when he didn’t notify Macron about the agreement with the UK and Australia, even though he knew it would kill the submarine deal.

The French reportedly want more US help with counterterrorism efforts in West Africa and Biden’s support of Europe’s efforts to develop independent defense capabilities alongside NATO. The US president has not said whether he’ll support either matter.