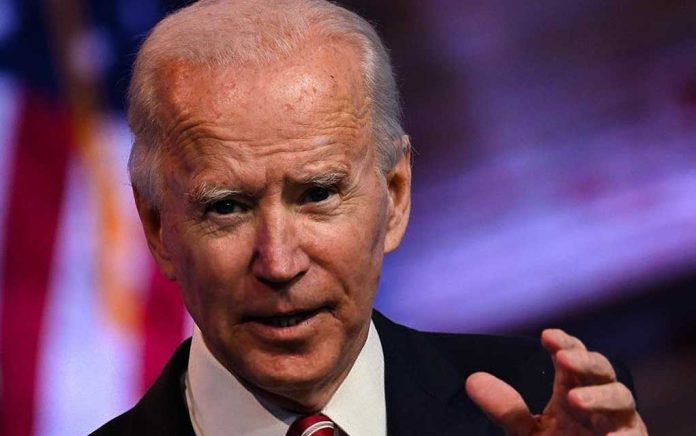 (UnitedVoice.com) – In 2016, Republican presidential candidate Donald Trump slammed the Obama administration for its handling of illegal immigrants. He regularly hammered the administration for practicing what is known as catch and release. As president, Trump instituted several important policies that began to curb the rising tide of illegal immigrants coming north to the United States in massive caravans, only to see them reversed or canceled by Joe Biden.

In 2020, Biden claimed that Trump’s policies were inhumane and signaled he would reverse Trump’s immigration policies if elected. Many questioned his logic, considering the success of the Trump administration’s fight against human and sex trafficking involved in illegal immigration. Nonetheless, Biden was elected, and almost immediately the illegal immigration surge hit the US hard amidst the COVID-19 pandemic. Now, accusations are on the rise that the administration is defying court orders to either detain migrants or send them back to Mexico while they await an asylum hearing and determination.

As historic numbers of illegal immigrants continue to cross the US southern border, the Biden administration has cut detentions and the number of people it sends back to Mexico under the Remain in Mexico program. Instead of following court orders and previous legal precedent, the administration depends on ankle bracelets to monitor migrations, even though many say they don’t work.

According to Syracuse University’s Transactional Research Access Clearinghouse (TRAC), nearly 1,500 illegal immigrants aren’t accounted for in the federal system. The clearinghouse monitors immigration statistics, and it says detainees are down from 22,000 to 20,623. So, where did the difference go?

TRAC says that Immigration and Customs Enforcement’s (ICE) use of technologies in lieu of detention exceeded 150,000 for the first time in December. That’s leading many to wonder if the administration is slapping bracelets on illegal immigrants and releasing them into society despite court orders.

Former acting commissioner of US Customs and Border Protection (CBP) Mark Morgan says alternative programs to detention are a massive failure and just a continuation of the Obama administration’s catch and release policy. Morgan added that an ankle bracelet does nothing to deter an illegal immigrant from ignoring court orders or removal from the country.

The news comes as communities across America struggle with exploding numbers of illegal immigrants. Yuma, Arizona, Mayor Douglas Nicholls said his city saw a 2,405% spike in encounters since October. Nicholls said the city doesn’t have the resources to handle the crisis in his city, and blamed the administration for refocusing the border patrol on immigration instead of protecting the border.

The mayor is unlikely to be alone in his concerns. According to Vaughan, the only way to address the crisis is to deport illegal immigrants through swift due process. It’s obvious the administration isn’t going to do that. Instead, it’s pushing forward in its lawless pursuits hoping for political gain.

It’s a little too late for that.