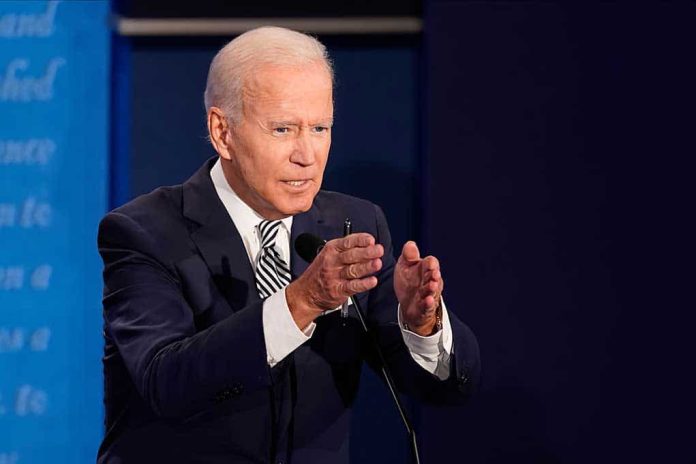 (UnitedVoice.com) – In April 2020, the Centers for Disease Control and Prevention (CDC) implemented an eviction moratorium for humanitarian reasons. Even at that time, the legality of it was sketchy at best. The CDC argued that keeping people in their homes and off the streets would help minimize the spread of COVID-19.

The order was reasonable until the federal government eased restrictions by the summer of 2020. Last fall, the economy was opening, and business was fully flowing. That is unless you were a small business landlord.

On June 30, the Supreme Court heard an emergency appeal and decided that the CDC policy was unconstitutional. Justice Brett Kavanaugh was the deciding swing vote that allowed the policy to remain because it was expiring at the end of July. On Tuesday, August 3, President Joe Biden announced the CDC was extending the eviction moratorium and acknowledged it’s not a legal order. Yet, he did it anyway. If Donald Trump did this, Democrats would be alleging that the former president was undermining the rule of law. They would be right, except It’s not Trump. It’s Biden. So, that makes it okay.

Biden Throws Garbage on the Constitution

The president may believe he has a compassionate cause to fight for by extending the eviction moratorium. But, there are always two sides, and the Supreme Court already made its position clear. Biden’s actions are bad constitutional law and politics. It’s never wise to openly and brazenly scorn the justice’s judgment, especially after Justice Kavanaugh’s compromise.

Based on the justice’s ruling on June 30, the court will likely reject this new eviction moratorium quickly. In June, Chief Justice John Roberts suggested he would vote to leave it in place. As the sole determiner of the CDC’s mandate, Kavanaugh’s decision was a pragmatic compromise. In a single paragraph, Kavanaugh stated that because the eviction moratorium “expires in only a few weeks,” he would vote to leave it alone. However, that wasn’t the end of it. He warned, “in my view, clear and specific congressional authorization would be necessary for the CDC to extend the moratorium past July 31.”

Congress took no action. Therefore, Biden didn’t have autonomous authority to buck the court. The solution was available, but Democrats refused to address it. Instead, when the court rules the CDC violated the Constitution, Democrats are likely to cry wolf and claim it’s time to pack the court.

In other words, Biden’s challenge may not be about the moratorium. It may be about setting the court up so that Democrats can beat up on the justices in hopes of escaping any political fallout.

For nearly 16 months, some landlords went without pay from renters and are owed anywhere from $5,000 to $15,000, or more. The government required those small business owners to provide a service without compensation while still being required to pay for maintenance, taxes, and other business expenses.

Once again, the US government is discriminating against a party over a private contractual dispute. At this point, it’s a fact that millions of renters did not pay their rent. Rental contracts don’t assume why someone doesn’t pay their rent, and it’s not relevant at this point. What is relevant is that 6 million renter households are behind on their payments, and the business owners are about to lose their investments and livelihoods.

Does anyone hear the government’s concerns over the landlord’s hardship? No, and it’s because they don’t care about them. Yet, the majority of the nation’s rental properties are owned by individual investors.

Here’s the hard fact: the government once again caused a problem through shutdowns that forced people out of work and destroyed their livelihoods. At no fault of their own, too many couldn’t afford to pay their rent. Is it the landlord’s fault who still must pay his or her bills?

Despite any potential political attacks by the Democrats aimed at the Supreme Court, it will likely backfire on them and create another reason for voters to end their reign of terror in November 2022.

Until then, let’s hope the courts and Republicans hold the Republic together until help arrives.