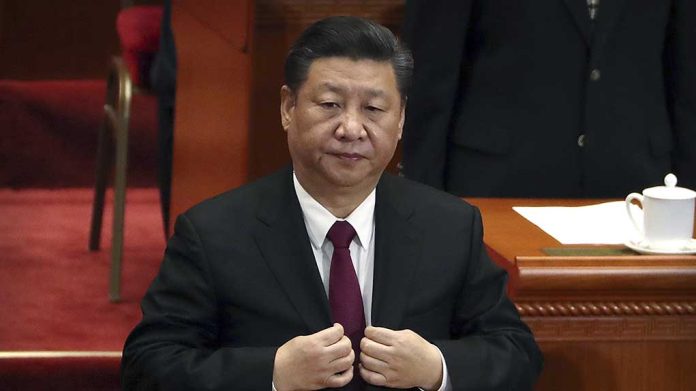 (UnitedVoice.com) – In January 2021, as Former President Donald Trump’s administration was winding down, US Secretary of State Mike Pompeo announced China was guilty of grave human rights violations. The announcement came after the communist country’s shocking treatment of the Uyghur Muslim minority was made public. Almost a year later, lawmakers want to boycott the 2022 Beijing Winter Olympics and President Joe Biden might jump on board.

On November 18, Biden said he’s considering a diplomatic boycott of the Olympics. That would mean no US officials are sent to the winter games but America’s athletes will still participate. The idea was originally proposed by Senator Mitt Romney (R-UT) in March. In the months since, Senator Ted Cruz (R-TX), Speaker of the House Nancy Pelosi (D-CA), and other lawmakers have also expressed support.

JUST NOW: I asked Biden whether he supports a diplomatic boycott of the Beijing Winter Olympics.
He replied: “Something we’re considering.” pic.twitter.com/y9jZR9WZYC

Some lawmakers want to take more decisive action. Senator Tom Cotton (R-AR) called on President Biden to implement a full boycott of the games. He said he believes “China’s crimes against the world” warrant a full boycott, which means not even athletes would be present at the games.

It’s not clear what the US government will do, but the games are only a couple of months away. The athletes who have been training for years to participate are caught in the middle, waiting to see if they’ll be able to achieve their dreams.