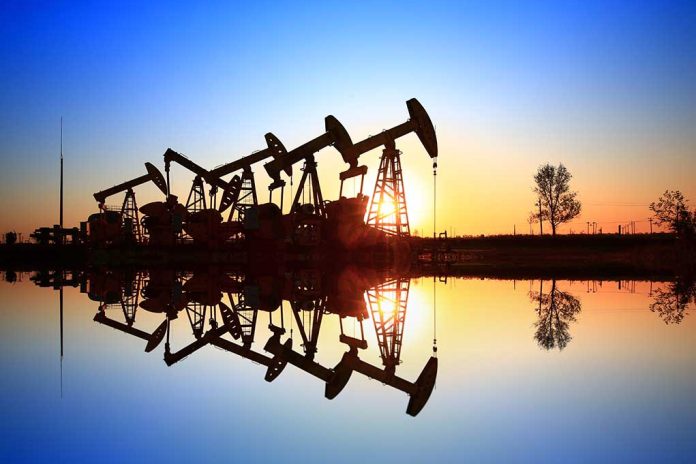 (UnitedVoice.com) – Before Joe Biden’s January 20 inauguration, America was 100% energy independent after decades of dependence on OPEC. Oil, gasoline, and natural gas prices were stable, and supplies were predictable. However, during the 2020 campaign, Biden promised he would radicalize America’s energy policies by ending fracking on public lands and working to eliminate fossil fuels altogether.

Once he was sworn into office on January 20, the newly inaugurated president systematically went to war against US energy companies. He revoked the Keystone XL pipeline and banned new permits and leases for oil extraction on federal lands. The result was predictable. Gas prices are a full dollar more in some areas compared to this time last year.

As production cuts decreased supply significantly, Biden is feeling the political pressure, and consequences could be looming. As a result, tragically, the president is reaching out to OPEC for help instead of American companies.

To bring gas prices down and get inflation under some semblance of control, the United States needs more oil. For the second time in the last few months, Biden begged OPEC to increase its production. Instead of taking America forward, Biden is sending the country backward. Instead of reversing course and implementing inflation-busting policies through reduced government spending and decreased regulations on US industries, the president is turning to foes to help America.

It makes no sense. It feels like Jimmy Carter’s administration all over again.

Instead of putting American workers back on the job to rescue America’s floundering recovery, Biden seeks help from OPEC to support our economy. How is transferring America’s wealth to the Middle East going to benefit America?

The contradictions are apparent. Democrats want to cut fossil fuels to save the climate. Yet, they’re willing to import the oil America needs from Middle Eastern countries not friendly to the United States. When opponents of fossil fuels like President Biden argue for reduced oil production in the United States but demand increased output overseas, it’s time to acknowledge the crazy talk.

It seems the Left is saying the extraction of oil in America that causes carbon fuel emissions is unacceptable. However, if those same emissions come from foreign entities, that’s okay.

There’s one other glaring problem to consider. When America is energy independent, it can’t be bullied, blackmailed, or intimidated. Allowing America to become reliant on foreign oil diminishes the nation’s influence around the globe and reduces its ability to lead with moral clarity.

More and more individuals are questioning whether Biden has any moral clarity. America seems embroiled in one crisis after another:

Destroying America’s energy independence and transferring the nation’s wealth to OPEC is another example in a string of decisions that makes one wonder about the president’s judgment.