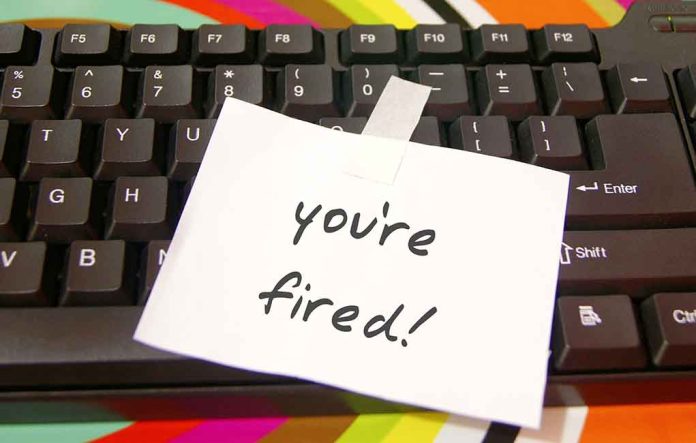 (UnitedVoice.com) – President Joe Biden has chosen a diverse group of people to serve in his administration. Vice President Kamala Harris is the first woman and first person of color to serve in the second-highest position in the US government. Transportation Secretary Pete Buttigieg is the first openly gay Cabinet member. And Sam Brinton, who goes by they/them pronouns, is a gender-fluid person appointed to a Department of Energy position. The latter is now reportedly out of a job after authorities leveled accusations of bizarre crimes.

In February 2022, reports revealed the Biden Administration had made a historic hire. Brinton, an American nuclear engineer, received the appointment as the deputy assistant secretary of Spent Fuel and Waste Disposition in the Office of Nuclear Energy. They were the first openly gender-fluid person to serve in a leadership position in the federal government, a big step for people like them across the country.

Brinton had a lengthy resume. They graduated from MIT with dual master’s degrees in policy programming and nuclear engineering and policy programming. Brinton then went on to work in nuclear waste management for years and also served in roles at the Trevor Project, Global Zero, and Deep Isolation. Yet, none of their previous experience could have prepared the administration for what happened recently.

On Monday, December 12, a Department of Energy (DOE) spokesperson told The Daily Beast that Brinton was no longer employed by the agency. The agency representative went on to say the agency couldn’t comment further on the matter.

In November, authorities arrested Brinton on theft charges. According to reports, they stole a woman’s suitcase at the airport over the summer. They were flying from Washington, DC, to Minneapolis-St. Paul International Airport, and had just landed when the alleged crime occurred.

Surveillance video reportedly showed Brinton boarding the flight in the nation’s capital without checking a bag. However, when they got to Minneapolis, they took a bag from baggage claim and left the airport. The former DOE official was later seen traveling with the luggage multiple times.

After the arrest made the news, authorities in Las Vegas claimed the DOE official stole a suitcase while at Harry Reid International Airport. Police investigated the theft when it happened, but it went cold — until the Minneapolis incident made the news. Prosecutors charged Brinton with grand larceny with a value of $1,200 to $5,000.

What do you think about the incident?