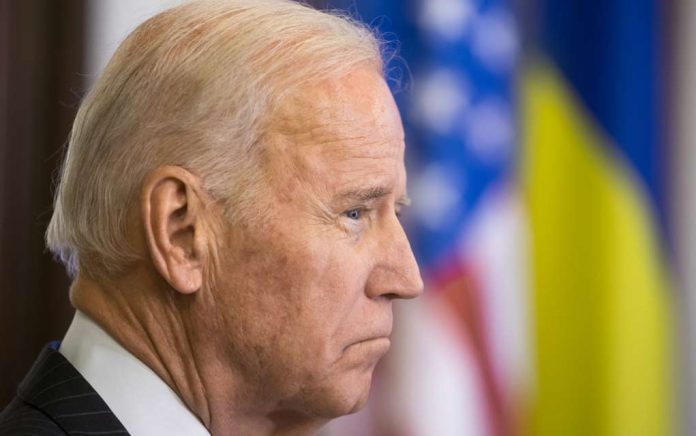 (UnitedVoice.com) – One of the most deflating events that can happen to any candidate is to be forced to admit the opposition did something right. On Thursday, September 10, Democratic presidential nominee Joe Biden had to do just that.

Biden was forced to acknowledge that President Donald Trump was successful in renegotiating the North American Free Trade Agreement (NAFTA). In that moment, one could likely hear a pin drop in Biden’s campaign headquarters.

On Thursday night in Michigan, the president was quick to accept the accolades at the expense of the former vice president’s record on trade.

In the 1990’s Biden heavily supported the passage of NAFTA under President Bill Clinton (D). Between the time the agreement was ratified in 1993 to 2002, it’s estimated the deal cost 879,280 US jobs. In 2008, presidential candidate Barack Obama and his running mate Joe Biden promised to fix the parts of the agreement that were hurting America. However, they never did.

By 2016, manufacturing plants that once provided good middle-wage jobs in the rust belt states were gone. Workers who used to make $20 to $50 per hour were barely surviving. In 2016, Obama said those jobs were never coming back.

Then-candidate Trump spoke loudly about the failed NAFTA agreement and promised to overhaul it. Voters hurt by NAFTA agreed and voted for Trump in Pennsylvania, Ohio, Michigan, and Wisconsin. Some blue-collar Democrats even crossed over to vote for the Republican.

On Thursday night, CNN’s Jake Tapper pushed Biden hard on his failure to fix NAFTA. Biden blamed the Republican Congress that the Obama administration had to work with, though he didn’t mention the Democratic supermajorities of the first two years of President Obama’s first term. Those supermajorities forced Obamacare along a party-line vote in 2010.

After getting nowhere as Biden danced around the issue, Tapper finally said to Biden, “He renegotiated NAFTA, and you didn’t is the point.” To which Biden was forced to concede.

“It is better than NAFTA.” Referring to the United States-Mexico-Canada Agreement (USMCA).

After saying it’s better, Biden tried to then say USMCA was worse. Tapper then cornered Biden and asked why voters who feel Biden sold them down the river should vote for him. Biden never responded to Tapper’s statement. Instead, the former vice president deflected.

Biden isn’t the only Democrat to acknowledge that the USMCA is superior to NAFTA. On December 10, 2019, Speaker of the House Nancy Pelosi (D-CA) said, “There is no question, of course, that this trade agreement is much better than NAFTA.” She said it was a “victory” for American workers, and Democrats were proud to ratify the agreement.

After the interview aired, President Trump had fun with Biden’s acknowledgment:

Unlike NAFTA, the USMCA requires 75% of automobile parts to be made in the United States to avoid tariffs. Additionally, over 45% of workers who make the parts must earn more than $16 per hour by 2023. The agreement also strengthens labor laws, slows the outsourcing of US jobs, and provides increased access to Canadian dairy markets.

In December, Commerce Secretary Wilbur Ross said the USMCA would create more than 176,000 jobs and add $34 billion to the US auto industry.

It will be interesting to see how Biden tries to wiggle out of this one.