(UnitedVoice.com) – Politics is the art of the possible. In the Democratic Party, it may be hard to gain enough consensus around what is possible, especially for Democratic presidential nominee Joe Biden. While some polls have him solidly ahead of President Trump at this point, polls are both fickle and unreliable in the modern age.

However, a glimpse between the clouds shows Biden may be in more trouble than anyone realizes and it probably wouldn’t matter who the DNC nominee is; the result would likely be the same.

If Trump wins in November, the media will ask, once again, what went wrong. The warning signs are there for Biden if the pollsters and analysts remove their blinders. The problem for Biden exists inside the Democratic Party — where he’s being challenged by both the far-left and the center of the party.

There is no mistaking that the far-left has hijacked the Democratic Party, which, for the last 20 years, has been predominantly middle-left.

Biden is the heart of the party’s moderate center and has been known to compromise to move legislation. Recently, he said he would work closely with Republicans if elected. As a US Senator for nearly 40 years, Biden knows exactly how to play both sides of the aisle.

The majority of Democratic voters still prefer compromise as evidenced by primary outcomes. However, that’s not what the far left wants. They want the socialist dream and a different America. They want the eradication of moderates, conservatives, and the Republican Party, which stands in the way of their utopia.

Biden Creates a Conflict Within the Democratic Party

On the one hand, Biden speaks the far-left language well. He recently adopted former President Barack Obama’s mantra by saying he would transform America if he’s elected. Yet, he won’t say what that means.

We're going to beat Donald Trump. And when we do, we won't just rebuild this nation — we'll transform it.

However, one thing is clear: Biden is no Obama.

Biden has agreed to adopt some of the far-left platforms to satisfy them and secure their votes. In the last few months, he has moved left on bankruptcy reform, student loan debt, free college, healthcare, immigration, and climate change. However, the specific policies have not been announced. If he doesn’t go far enough, it could be lights out.

Despite Biden’s apparent shift left, far-left Democrats are still not inspired or excited about him.

Only 21% of Sen. Bernie Sanders (I-VT) supporters and 40% of Sen. Elizabeth Warren (D-MA) voters say they have a “very favorable” view of the former vice president. Also, 69% of Sanders voters and 61% of Warren supporters also say they are voting against Trump, not for Biden.

There are very few times in American history that a president was elected because voters disliked the incumbent more than the challenger.

However, if Biden does go all-in on the far-left agenda, which includes defunding police, it could still be lights out for his campaign. Biden is an old-school moderate Democrat who toes the party line, which is now harder to do when he’s being tugged and pulled to the left.

Whichever way he goes, he will alienate voters. By abandoning one group of Democrats for another, he could suppress votes within his own party.

Biden’s only hope is to go toe-to-toe with President Trump and hope that people hate Trump so much they will vote for him regardless of his policies.

He better hope so because, if not, Trump will shock them, again. 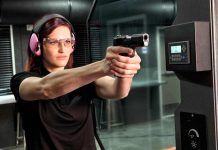 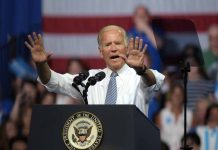 Twitter Takes Down Video of Biden With Young Girls 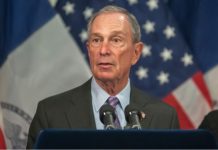 Time To End Mike Bloomberg’s Influence on Our Elections