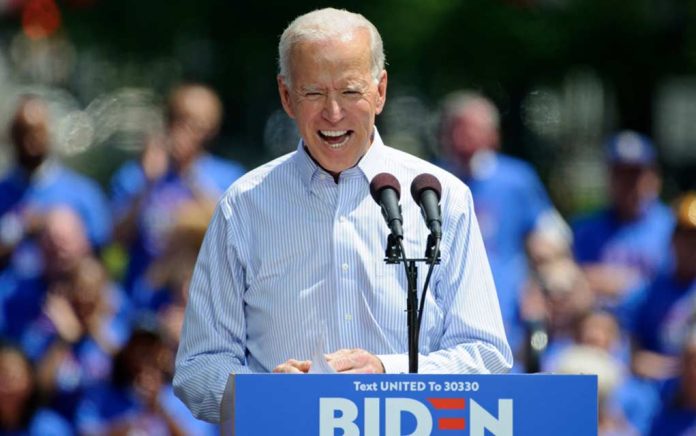 (UnitedVoice.com) – On Thursday, July 9, Joe Biden stated that wealthy people don’t need him, but middle-class working families do. The former vice president introduced his economic plan and reverted to many of the left’s talking points. He played the class warfare card, advocated for significantly raising taxes, and in a moment of interest, stated, “It’s way past time we put an end to the era of shareholder capitalism.”

As Democrats love to do, Biden singled out the stock market and President Trump’s desire for it to perform well. He said that Trump was more focused on it than families and that he would care more about people than share prices. However, Biden is wrong and is misleading American’s about the role the stock market plays in the everyday life of citizens.

Biden Believes in Government – Not Americans

Biden is no different than most Democrats. He doesn’t believe in Americans; he believes in big government.

In Ronald Reagan’s inauguration speech on January 20, 1981, he said, “In this present crisis, government is not the solution to our problem, government IS the problem. It isn’t so much that liberals are ignorant, it’s just that they know so much that isn’t so.”

Not much has changed. The sad reality is that liberals are more misleading than ever.

Instead of focusing on empowering families to pursue greater income opportunities and wealth, Biden talked about massive spending programs without sharing how he would pay for them. He called for a $15 minimum wage that could result in an enormous restructuring of work in America as businesses struggle to survive. The former VP also promised to put people back to work with government programs while subtly blaming Trump for the recession, Democratic state governor shutdowns, and layoffs caused by COVID-19.

In language that mimics Trump, Biden said he would restore US manufacturing hurt by outsourcing to China, while also promising to revive labor unions. Labor unions were part of the reason manufacturing businesses left America. Restoring unions will only ensure fewer jobs as the cost of business rises and the prices of products go up.

He depends on it.

The Stock Market is Woven Throughout the Economy and Everyday Life

In promising to end what he called “shareholder capitalism,” Biden fails to acknowledge the middle class has a lot at stake in the stock market. The stocks are mostly held in the form of retirement savings and 401(k)’s. Middle-class investors are also “shareholders.” When the stock market does well, so does the middle class and their retirement futures.

The stock market is also tied into our everyday living, even if one isn’t invested in stocks or mutual funds. In many ways, we are all shareholders indirectly. We just don’t realize it.

For one, markets can have a profound impact on job security. Many public companies make hiring and firing decisions based on how their stock is performing.

It’s also an indicator of the nation’s economic mood. The stock market has a profound influence on the Federal Reserve policy by how it sets interest rates. Its policies determine interest rates on homes, cars, and credit cards. Congress also reacts to positives and negatives in the market through tax policy.

America needs reminding again that the government is not the solution to our problems. It is the problem. Unfortunately, Biden and Democrats haven’t figured that out.