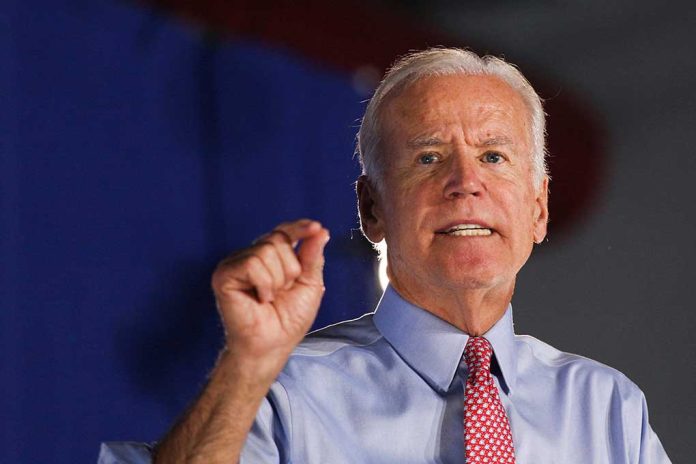 (UnitedVoice.com) – For six straight months, President Joe Biden’s approval ratings have continued to plummet. It may be one of the least successful performances of a first-year president in US history. The worst part is much of the president’s damaged image with voters was self-inflicted. For decades, critics mocked Biden as a walking gaffe machine. Yet, his pronouncements over the last year were not a series of blunders — instead, he riddled one statement after another with misinformation or controversy leading to more divisiveness in America.

In January 2022, the president declared he was responsible for the greatest economic growth in US history. Of course, that’s a lot of hyperbole. In recent weeks, warning signs about recession entered the conversation among economists. Now, the economy is hitting the brakes hard, and the projections appear disastrous. Once again, the president spoke too soon, which could hurt Democrats even more with voters heading into the 2022 midterm elections.

The Economy Is Contracting Quickly

After governor-induced lockdowns and stringent mitigation orders in the first half of 2021, the economy had nowhere but up to go last year. While it did expand massively in 2021 over 2020, it was unavoidable because it shrank 3.4% in 2020, and the government infused trillions of dollars into it in late 2020 and early 2021. Americans with nothing to do were ready to unleash their wallets. On paper, it was the fastest pace of economic expansion since 1984, but there is so much more to the story.

Despite economic growth of 6.9% in the 4th quarter of 2021, the economic momentum is quickly heading in the other direction. Economists at the Federal Reserve say the economy will slow to an abysmal 0.1% growth in the first quarter of 2022. The Fed isn’t alone. Goldman Sachs’s economists revised 2022 growth projections from 2% to 0.5%. The Bank of America followed suit, revising first-quarter forecasts from 4% to 1%.

Compounding the problem, all the jobs available last fall are disappearing, and it’s not because of hiring. In January, employers cut an unexpected 301,000 jobs instead of the 200,000 jobs that economists projected the job market would gain. Is it possible that the job market could also head in the opposite direction?

Economists say there isn’t a recipe for sustained growth in 2022. Manufacturing is down because inventories are virtually back to normal. COVID-19 is still spooking the job market, but there is no financial support coming from Congress and the Federal Reserve. Possibly worst of all, Inflation is running rampant, leading to impending interest rate hikes by the Fed.

The Federal Reserve has only one way to curb inflation: increased interest rates to slow down the economy. Even then, economists say if the Fed goes too far in raising rates, it’s likely to create other problems, including a recession. If the economy slows on its own, and the Federal Reserve piles on, it could cause a major economic calamity.

In either case, it’s a lose-lose situation for the Federal Reserve and the economy. If they do nothing, inflation could turn into hyperinflation. If they raise interest rates, they risk tipping the economy into a recession.

The economic situation was avoidable. Democrats claimed that their massive spending was the recipe to prevent inflation. Even former Democratic economists who served under Clinton and Obama warned additional relief was misguided. Still, Congressional Democrats pushed through a partisan $1.9 trillion COVID relief bill known as the American Rescue Act. It was short on rescue and large on potential disaster.

Democrats can’t say they weren’t warned. Still, Biden may need to eat crow again in the coming weeks as the economic conditions continue to deteriorate. Republicans don’t want to say they told them so. That only means things are bad for the country. Still, the contrast will be drawn by GOP incumbents and those running to defeat vulnerable Democrats.

The question is, will America learn much about the failure of Democratic economic policies, or will they buy into the Left’s misinformation the government needs to spend even more money?

We’re about to find out in ten months.