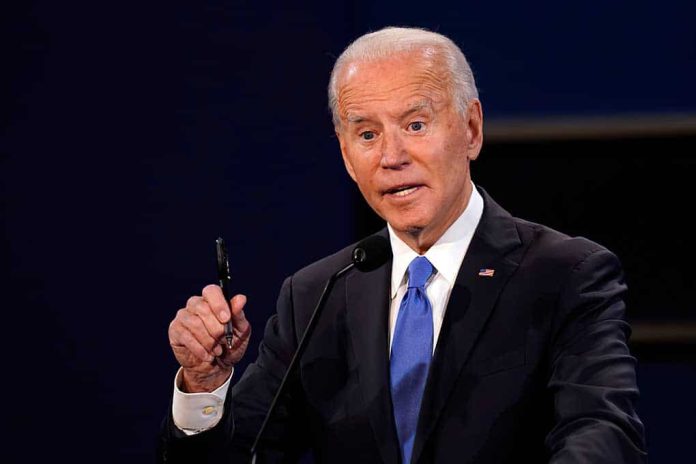 (UnitedVoice.com) – On Saturday, March 6, Democrats in the Senate pushed their COVID-19 relief package through. President Joe Biden is expected to sign the $1.9-trillion aid bill this week. After the American Recovery Act vote, the president took a victory lap with the press and what he said was concerning.

After his remarks, a reporter asked Biden what the vote means for his next four years in office. The president said his remaining time in office is “going to be good” and he thinks he will “succeed” in moving his agenda forward.

Asked what the drama of the last 24 hours means for the next four years and his agenda, Biden says, "They're going to be good. I'm gonna succeed. We're going to succeed moving forward. Look, the American people strongly support what we're doing. That's the key here."

Biden wants to pass radical gun control, immigration, and tax bills. He was once known as a moderate within his party but has moved so far to the left, he’s almost unrecognizable. His declaration should make conservative America motivated to take back the majority in Congress and stop him from turning the country into a radical progressive dystopia — 2022 can’t come soon enough.