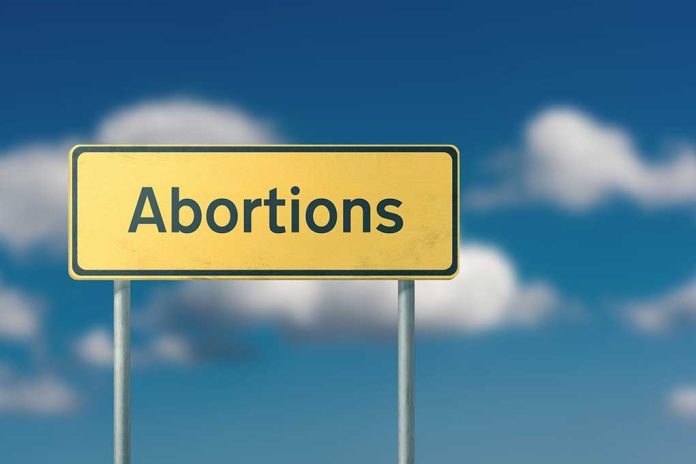 It’s Official – Biden Has Signed It!

(UnitedVoice.com) – In the weeks since the Supreme Court overturned Roe v. Wade and sent abortion back to the states under the Tenth Amendment, President Joe Biden has disappointed the far left. After the ruling’s release, Biden exclaimed the court trampled on women’s rights. Still, he stressed he had little authority to use the federal government to overcome the court’s opinion without Congress codifying Roe into federal law. The president’s slow movement galvanized the Left’s pressure against him. It appears Biden may attempt to exert executive authority he doesn’t have to appease the extreme left on abortion.

On Friday, July 8, the president signed an executive order. Abortion activists say it might help restore some abortion rights stricken by the Supreme Court, but some wonder whether Biden is openly defying a Supreme Court ruling again. So, what’s in the executive order?

The Order Only Demands a Plan

Ahead of signing the order, the president restated that without a law from Congress, there isn’t much he can do to protect reproductive rights. He’s made similar comments about different issues in the past, and it didn’t stop him from trying. It’s not stopping him this time either. Still, his rhetoric is fiery and assumes that every woman agrees with the Left’s view on abortion, that only Liberals will vote in November’s midterm elections, and there are no other issues important to voters. Democrats are also hoping abortion will be a lifeline. Yet, it likely won’t be enough to overcome the challenges the party faces this fall.

The president’s order empowers Health and Human Services (HHS) Secretary Xavier Becerra to create a report identifying any actions the administration could legally make to maneuver around the Supreme Court decision. It also directs the HHS Secretary to identify how pregnant women could gain access to an abortion provider in the case of an emergency. Becerra has 30 days to provide a report to the president.

Anticipating that pro-life opponents would legally challenge any action the administration takes, the president ordered the attorney general and legal counsel to the White House to meet with pro bono attorneys, public interest organizations, and the bar association to beef up legal representation.

Additionally, the president’s order asked the Federal Trade Commission and HHS to study any actions they might take to ensure patient privacy regarding reproductive care.

Is the President Scheming To Bypass the Supreme Court Decision?

Since the court’s ruling, the president and far-left groups have tried to diminish the credibility and authority of the high court. To offer the appearance he’s doing something, Biden said the federal government would protect abortion medication and stop any state that prevents a woman from crossing state lines to get an abortion. Additionally, he’s turning his zeal to voters, demanding they show up in November to vote for pro-choice Democrats to ensure laws pass legalizing abortions.

Still, as long as the filibuster remains in place, there isn’t any way possible for the Senate to acquire 60 votes to pass such a law. So, Biden is calling on voters to cast a ballot for abortion. But will it be enough to overcome voter disapproval of COVID policies, inflation, high gas prices, illegal immigration, crime, and far-left governmental wish lists almost passed into law in 2021?

Time will tell. With less than four months until the November elections, the polls aren’t shifting. In fact, the GOP is diving into bluer districts with good prospects of flipping several more seats. So, perhaps abortion isn’t as necessary to voters as other issues — such as government incompetency harming their lives.