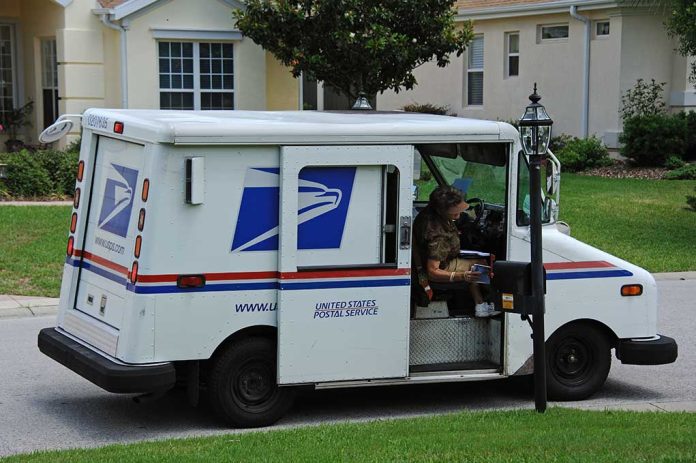 (UnitedVoice.com) – In 1770s, the British Crown appointed Benjamin Franklin to serve as the one of the first Postmasters General. As America changed, so did the Post Office, delivering mail across the country. Yet, for decades or longer, the United States Postal Service (USPS) operated as both a government agency and a private business, causing a conflict of issues that many say Congress created.

The USPS is an independent agency, and Congress does not fund it. The massive quasi-government agency operates much like a business, relying on its revenues to sustain its operations. Still, it operates under the executive branch but maintains its independence. On Tuesday, March 8, Congress passed the Postal Service Reform Act (PSRA) to inject money and enact changes many hope will preserve the USPS for decades to come. So, what’s in the massive $107 billion postal service bailout? Let’s dive in.

Congress designed the Postal Service Reform Act to solve some of the problems it created.

The legislation ends a 2006 requirement for the USPS to pre-fund employee benefits a decade in advance – primarily retirement benefits for future retirees. The agency says it costs nearly $5.5 billion per year and creates a massive buildup in unsustainable debt. The 2006 Postal Accountability and Enhancement Act also required the USPS to pre-fund health and retirement benefits for those 50 years and older and restricted the Postal Service from raising postage rates faster than inflation.

The PSRA also forgives $57 billion in upcoming payments to the retiree health benefits fund. While the total debt owed is $206.4 billion, Postal Service executives say the debt forgiveness was vital to helping them put the agency on the road to financial viability. In addition, USPS employees can now enroll in Medicare, saving tens of billions of dollars over the next ten years.

The new law also allows the Postal Service to conduct business other than just mail to increase its revenues. The massive government agency can now partner with local and state governments to provide faster and more accessible services, such as acquiring a fishing license or getting a pass for the subway.

More Accountability On the Way

As an independent agency, Congress largely left the USPS alone to manage its operations. That’s changing. The Postal Regulatory Commission (PRC) is an oversight authority that can now direct the Postal Service to adjust postage rates. It also requires the USPS to submit an annual budget and conduct a study to identify the causes of inefficiencies in the postal system.

Additionally, the USPS must also create a website and maintain public information regarding weekly performance criteria.

So, will the legislation deliver and put the USPS on the road to financial viability?