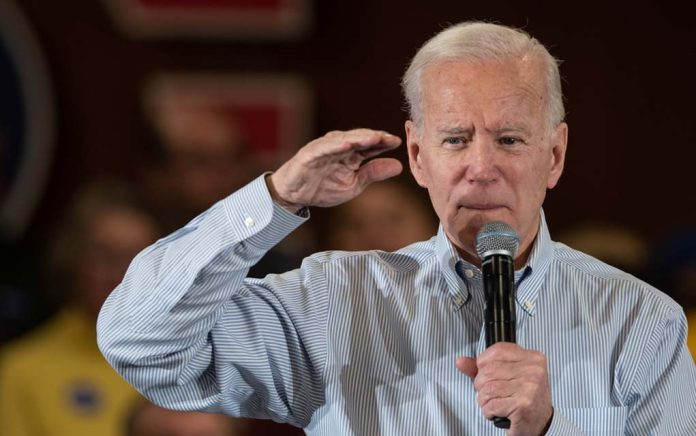 (UnitedVoice.com) – Democrat presidential candidate Joe Biden has finally broken his silence on court-packing – but he stopped short of giving a clear answer. He tried to muddy the waters by falsely claiming it’s President Trump who’s packing the Supreme Court.

Biden and his running mate, Senator Kamala Harris (D-CA), have been facing growing criticism for refusing to say if they plan to expand the court and stuff it with Liberal justices if elected. On Monday, October 12, he tried to defuse the issue by telling a Cincinnati news station he’s “not a fan” of court-packing, but he didn’t say he isn’t going to do it anyway.

Joe Biden says he is “not a fan” of adding seats to the Supreme Court, after weeks of avoiding questions about the proposal that’s been pushed by progressives and used by Republicans to attack him. https://t.co/rMII4oVCEU

Biden went on to claim “Court packing’s going on now,” referring to the nomination of Judge Amy Coney Barrett. This argument was made by Senate Judiciary Committee member Chris Coons (D-DE) on Sunday and was immediately slammed by everyone with a rudimentary knowledge of the Constitution. Now it seems Biden is desperate enough to repeat Coons’ nonsense instead of giving a straight answer to a simple question.