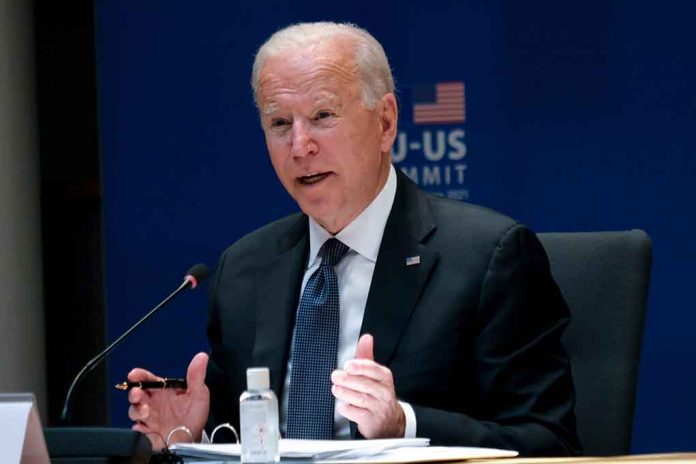 (UnitedVoice.com) – In 1991, the Soviet Union collapsed. Along with it came freedom for Ukraine. On Wednesday, August 24, the country celebrated its 31st year of independence, precisely six months after the Russian invasion. While the war raged on, Ukrainians took the time to inform Russian President Vladimir Putin his dreams of restoring the communist empire would not go through their homeland. State Service of Special Communications and Information Protection of Ukraine Yuriy Schygol said the nation would continue to fight to preserve its freedoms.

While defiance was the tone in Kyiv, President Joe Biden marked the Ukrainian holiday by announcing the United States would send $3 billion in security assistance to the war-torn nation. Over the last six months, the US focused on giving immediate help. As the war endures, the administration is shifting its policy objectives to a longer-term campaign.

During World War II, General Dwight D. Eisenhower stated that nations won or lost wars “primarily because of logistics.” He wasn’t alone in the assessment. General John Pershing wrote, “Infantry wins battles, logistics wins wars.” Getting military supplies to the battlefield effectively, efficiently, and consistently is the key to a successful campaign.

On Wednesday, President Biden ordered the most extensive aid package since Russia invaded its neighbor. Congress authorized the $3-billion security assistance package in May. The commander-in-chief reaffirmed the US commitment to supporting Ukraine’s effort to protect its sovereignty. His order allows the government to purchase weapons from defense contractors and send them directly to the front lines without depleting the US military stockpiles.

The weapons won’t get to war anytime soon. How fast they arrive in the hands of the Ukrainian military depends on several variables. Among them are whether or not defense companies have assembly lines ready to manufacture the weapons and how much worker capacity is available.

White House Spokesman John Kirby told reporters some systems would take longer to reach their destination than others. He said surface-to-air and radar systems take the longest.

What Will Ukraine Receive?

On Thursday, POLITICO reported the US was making a substantial investment in defeating Russia. It’s providing Ukraine with 250,000 rounds of ammunition, artillery, and mortars. Additionally, the US will give them six National Advanced Surface-to-Air Missile Systems, Vampire drone killers, RQ-20 Puma drones, counter-battery radars, and more.

The good news for fighters came as the administration warned Russia appeared intent on attacking civilian infrastructure and government facilities in the coming days. The idea behind the latest package is to ensure the former Soviet country can defend itself from aggressors for years to come.