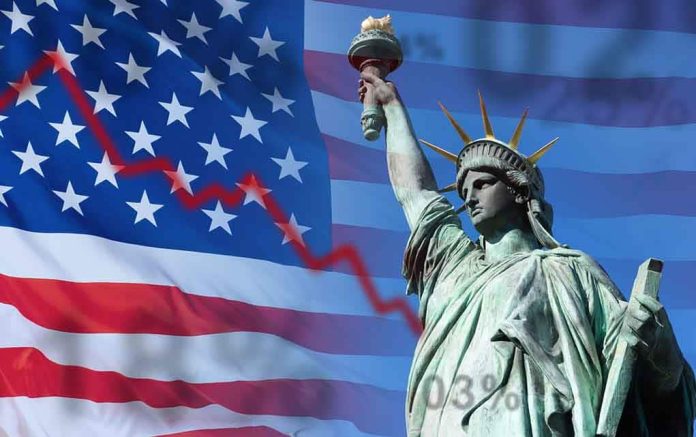 (UnitedVoice.com) – In 2009, Conservative radio giant Rush Limbaugh said he hoped then-President Barack Obama would fail. He took a lot of heat from the Liberal media over the comment, but he was right to express the sentiment. What is so radical about disagreeing with an agenda one believes is wrong for America? In 2008, Obama said if elected president, he would fundamentally transform America. He initiated the process. Under his administration, America’s economic situation was horrific for millions of Americans, America was giving away the farm to foreign countries, race relations worsened, and his far-Left tendencies imprinted on his vice president, Joe Biden.

As America rounds out the first year of the Biden administration, can anyone say we are better off today than we were a year ago, despite the pandemic? Race relations are the worst they’ve been in decades, and the economy is in tatters as inflation skyrockets and wages decrease. Biden’s philosophy is to spend more money to keep America from going bankrupt. America’s foreign relations are a mess. The fact Biden’s approval ratings in the polls are tanking hard is no surprise — but it’s also good for America.

In poll after poll, Biden’s approval ratings continue to drop to historic lows. A new Washington Post and ABC News poll found 53% of Americans disapprove of the president’s job performance, and his approval dropped from 44% in September to 41% in November. Other polls have the president sitting in the high 30% range.

It’s no surprise Republican approval is in the single digits. What is surprising is Democrats are starting to join the all-important independent vote. Since August, Biden’s support among non-party affiliated voters has tanked into the high 30s. In the Washington Post/ABC News poll, it’s down to 35%, while 58% disapprove. In June, 94% of Democrats approved of the president’s job performance, and now, it’s down to 80%. While still high, the 14% drop is significant.

In August, many thought Biden’s initial drops were due to the botched Afghanistan withdrawal. Three months later, the abysmal ratings are proving to be a much deeper problem for the president. There’s no single issue where he’s underwater — it’s a combination of them all. On the economy alone, he’s at 39% approval — that’s enough to cause havoc for Democrats in 2022 and 2024 if the problem doesn’t go away.

Why Is This Good for America?

Difficult times are never good for anyone. No one wants to suffer from the bad decisions of political leaders. Unfortunately, it’s so much more than that right now. As Democrats in Congress fight amongst themselves over their semi-socialist agenda, there’s a lot at stake for America’s future. The Build Back Better legislation lays the foundation for their big plan to trap millions of Americans in government dependency and target specific groups for outrageous taxes to pay for a radical climate change agenda.

Beyond legislation, Biden promised to unite the country but turned into the ‘divider in chief.’ He regularly labels his Republican opponents as racists or uses other derogatory names. He is among the most lawless presidents in US history. On Friday, the 5th Circuit Court doubled down and ruled his workplace vaccination mandate is rife with Constitutional dangers.

As Rep. Abigail Spanberger (D-VA) said, no one elected Biden to be the next FDR. America is speaking up. They are telling pollsters their views. On November 2, they spoke loud and clear with their votes in Virginia, New Jersey, New York City, Minneapolis, and in school boards across the country.

Biden’s abysmal approval ratings are a good thing. They’re warnings to Biden and Democrats about the mood of the country. Spanberger was right, but that won’t matter to Democrats. Many political pundits believe 2022 is the prime season for a big red wave to roll across America. Let’s hope that’s true and that the country can hold on one more year.